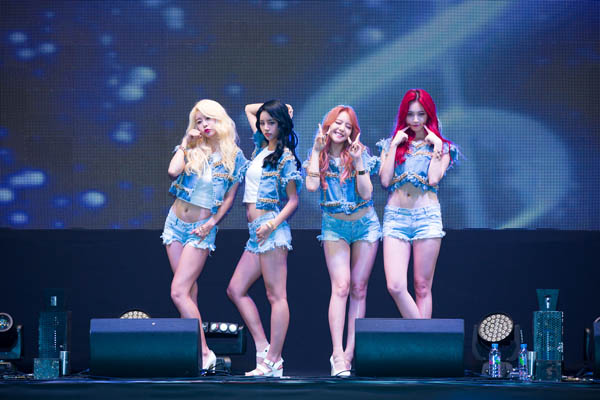 “Girl’s Day is scheduled to visit Tokyo from Sept. 10 to 13 to hold their second promotional event prior to releasing their first official Japanese album, ‘Darling,’ on Sept. 30,” according to the group’s talent agency, Dream Tea Entertainment, on Wednesday.

The four members of the group met around 4,000 Japanese fans in late August in their first round of promotional events. During the events, they staged six performances in various cities, including Osaka and Tokyo.

“[Girl’s Day] has planned for three promotional events before announcing their debut album in Japan. They have been planning to meet lots of local fans and show off many of their songs and dance moves before they debut to make themselves known in the country,” said a person affiliated with the entertainment company.

The female act is scheduled to hold their third promotional event in the neighboring country from Sept. 19 to 30.

The band made their initial debut in 2010 through the album “Girl’s Day Party #1.” Since then, they have released various hit songs, such as “Something,” “Hello Bubble” and “Expectation.” They also released their second regular album, “Girl’s Day Love Second Album,” in July with the title song “Ring My Bell.”