Sunye pregnant with her second child

Sunye pregnant with her second child 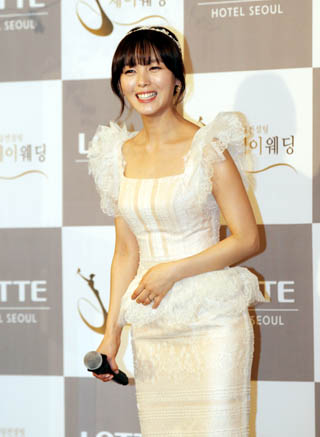 The former leader of the all-female act Wonder Girls, Sunye, has been reported to be pregnant again.

“Sunye is currently carrying her second child,” said a person affiliated with the 26-year-old on Wednesday. The former singer delivered her first child two years ago.

She is currently in the early stages of her pregnancy and is therefore reported to be suffering from morning sickness. The celebrity is spending time with her family at a place in Gyeonggi.

Many Internet users are showing support for Sunye’s pregnancy, wishing her a safe pregnancy and celebrating her marriage.

The former idol star married a missionary named James Park in January 2013. In October of the same year, she gave birth to a daughter. Afterward, she temporarily stopped performing as a member of Wonder Girls. She ultimately decided to officially leave the band in July.

During her active years as a member of Wonder Girls, she gained much recognition for her warm heart and outstanding performance skills.