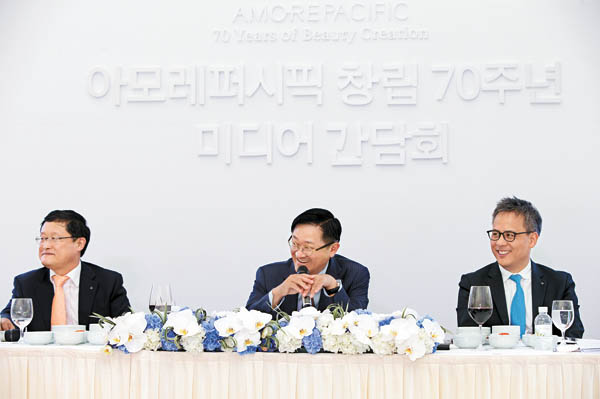 AmorePacific’s Chairman and CEO Suh Kyung-bae, center, discusses the company’s plan to enter new markets on Wednesday at the company’s production facility in Osan, Gyeonggi, along with Chief Strategy Officer Kim Seung-hwan, far right, and Han Sang-hoon, head of the R&D Center. Provided by the company

OSAN, Gyeonggi - Marking its 70th anniversary on Wednesday, cosmetics maker AmorePacific outlined plans to expand beyond Asia and into new regions like the Middle East and Latin America.

The country’s largest beauty company currently enjoys consistent sales growth in China, Thailand, Malaysia and Singapore, backed by the popularity of K-pop and dramas as well as growing brand recognition.

AmorePacific will make inroads into the Middle East in 2016 and then to Latin America in 2017, CEO Suh Kyung-bae said on Wednesday during a press briefing at the company’s production facility in Osan, Gyeonggi.

The CEO said that the company is eyeing Dubai, Saudi Arabia and Iran due to the countries’ market potential, which is bolstered by large young populations.

“Dubai will be the first market we enter,” Seo said.

“The perception of makeup is changing in the region, and demand for cosmetics is increasing. Also, the middle class is getting increasingly bigger there.”

Suh went on to offer his assessment of market conditions in Latin America.

“The countries in Central and South America have their own characteristics, from big markets, like Brazil and Mexico, to Colombia, Chile and Peru,” he continued. “Latin American people have high standards of beauty. The large demographics and modernization will likely work in favor of our company.”

In targeting the new markets, AmorePacific will promote five popular brands - Sulwhasoo, Laneige, Mamonde, Innisfree and Etude House - out of its more than 30.

The plan to enter new markets is as part of AmorePacific’s strategy to increase global sales. Suh said he intends for global sales to account for 50 percent of total revenue by 2020. 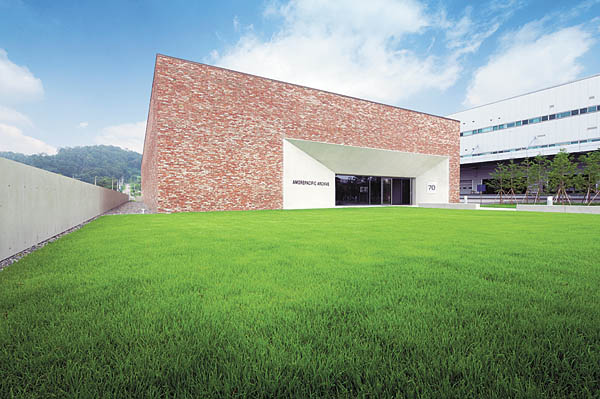 The exterior of the AmorePacific archive building in Osan. Provided by the company

Amore makeup products shipped or sold overseas account for around 20 percent of sales last year, with the Chinese market accounting for about half.

While the goal is long-term, it fits with the drastic increases in AmorePacific Group’s global sales over the past few years.

In his statement, CEO Suh stressed that the entrance into distant markets doesn’t mean the company is ignoring its existing ones overseas.

In the coming years, the company will focus on what it calls “megacities” in Asia that have a population of more than 10 million. The company cited Vietnam, Indonesia and the Philippines as priority markets.

“Such megacities are important for beauty companies like us,” Suh said, “because the cities typically define the fashion trends of countries.”

The cosmetics company also plans to expand emerging distribution channels such as online shopping malls and duty-free shops in China and other regions, while also introducing a set of brands that never officially launched outside of Korea.

Such brands include IOPE, Primera, Ryeo and HERA.

The company plans to focus its distribution efforts on duty-free shops. Boosted by the surging number of Asian tourists to Korea, major cosmetic brands now sell more at duty-free shops than local retail channels like department stores and door-to-door sales.

Sales of AmorePacific products at duty-free shops accounted for 20.6 percent of its total sales last year, beating out department stores at 8.8 percent. 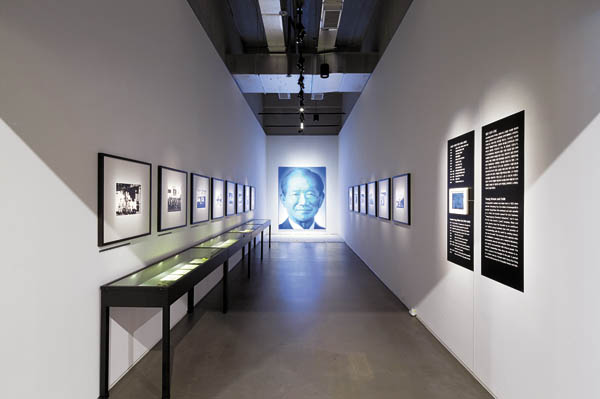 The interior of the archive building, where the company’s history is on display. Provided by the company

Many Chinese visitors, the largest tourist group in Korea, and tourists from other neighboring Asian countries flock to duty-free shops to purchase Korean cosmetics.

As a result, the location of domestic cosmetics makers in the shops has changed. While the luxury designer brands used to hold the prime spots, popular local cosmetics brands such as IOPE and The Face Shop are now displayed at the front.

With the popularity of AmorePacific and local rival LG Household & Health Care abroad, cosmetic products are quickly becoming important exports for the nation.

Combined exports of beauty products in 2014 increased by $1.59 billion, according to a report released by the Korea International Trade Association.

Consumer electronics, industrial goods and automobiles used to dominate Korea’s exports. But as the manufacturing and tech industries are not as strong as before, beauty companies are expected to become a major exporter in the coming years.