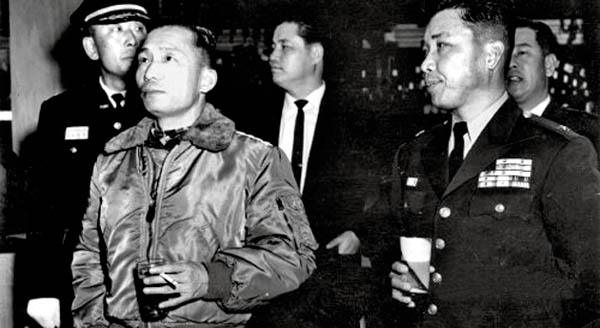 Yuk helped him balance his life, and her passing undermined his thoughts and behavior. Park’s divide-and-rule strategy wasn’t working properly and more power was being given to Presidential Chief Security Officer Cha Ji-cheol.

Kim Jae-gyu, the director of the Korean Central Intelligence Agency (KCIA), was trying hard enough to earn President Park’s confidence. Park was constantly surrounded by Cha and Kim, and even the chief presidential secretary couldn’t restrain nor control them. 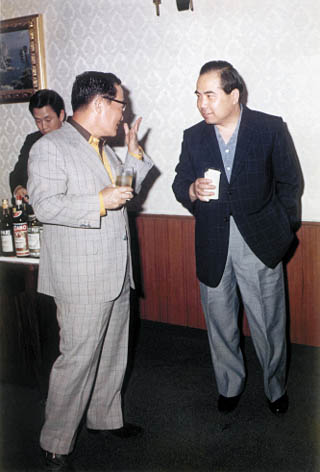 The competition between Cha and Kim for Park’s confidence was like a ticking time bomb by the end of his presidency.

In December 1976, Park named Kim the KCIA director instead of Shin Chik-soo in order to ameliorate deteriorating public opinion in the United States after the “Koreagate” scandal, in which the KCIA allegedly tried to funnel bribes and favors to U.S. Democratic lawmakers through businessman Park Tong-sun [with the initial aim of keeping American troops in South Korea].

To make matters worse, an anti-government movement was about to explode across the country.

Kim appeared calm and moderate on the surface but he had one huge flaw. It was almost like a disease. Once he lost his temper, he couldn’t control himself. Whenever that would happen, his face would turn red and he would hurl insults at people. Nothing could stop him; and he wasn’t even aware of what he was doing. We thought it was a type of convulsion.

These days, it would likely be labeled an impulse control disorder.

Kim joined the cabinet after Yuk’s death and was named construction minister in September 1974.

He was a quiet man during cabinet meetings but made trouble when he attended National Assembly committee gatherings. Whenever lawmakers made remarks critical of ministers, he would abruptly stand up and say, “I’m not doing this minister thing,” and leave the room. Lawmakers from the ruling and opposition parties would click their tongues.

I felt anxious, because this was a person who was close to Park and had become powerful. Kim’s behavior became even worse when he was competing with Cha, who was eight years his junior.

Park treated Kim like a close friend but was unaware of how he acted. His behavior became even worse after he was named the director of the KCIA.

When Kim pointed his pistol at Park on Oct. 26, 1979, he showed the same symptoms. After he came back to senses, he said he had been planning the assassination for a long time, but I didn’t believe it.

Kim was the same age as me, but he entered the Korean Military Academy earlier with Park in 1946. Park took care of Kim from the time they were young because they were both from Gumi, North Gyeongsang, and Kim worked as a teacher at middle and high schools. Park used to teach elementary school as well.

Park was much closer to Kim than Cha, whom he met for the first time during the May 16 revolution in 1961. Park usually didn’t call his subordinates by their given names, but he called Kim “Jae-gyu.”

After the revolution, Kim was promoted to 6th Division commander, 6th Military District commander, Defense Security commander and 3rd Corps commander. He retired as a three-star general and became a lawmaker in 1973 as a member of Yushin Jeongwuhoi, a quasi-political party under the Yushin Constitution. That would have all been impossible without President Park’s help.

He must have felt safe to have Kim, whom he had known for more than 30 years, next to him. But he took Park’s life, so in the end that trust was all in vain.

Until I met him when he was working as construction minister, I barely knew him. President Park also didn’t like for me to keep in touch with military officials. I remembered Kim was very poor at shooting while he commanded the 3rd Corps, and that was the reason why I didn’t feel it was right to name him KCIA director at the end of 1976. I never understood why Park made that decision.

That was after I resigned as prime minister and was staying at the Yushin Jeongwuhoi.

After a year, in December 1977, Rep. Kim Jin-bong, who had helped me since the May 16 revolution and served as my secretary for political affairs when I was prime minister, was taken to the KCIA. He was sent to the safe house in Gungjeong-dong, where Park was later assassinated.

There, Kim Jae-gyu told Kim Jin-bong that he was in trouble.

“I drank with President Park last night, and he ordered me to investigate you,” the KCIA director said, claiming that Park believed Kim Jin-bong was trying to make me president after having been made a lawmaker.

That was when Kim Jae-gyu began to make up accusations that I was thinking of becoming president. Kim Jong-bin disappeared for two weeks after that and reappeared a week before Christmas.

He said he had been investigated by the KCIA on Namsan. He looked awful, with sunken eyes and a shaggy beard. While he was gone, KCIA agents monitored and wire-tapped me, even collected records about me. They checked up on every single person who visited me and even took my relatives and in-laws in for questioning. Kim and the KCIA were frantically looking for evidence to prove I was challenging the president.

Kim Jong-bin said that he was asked questions like, “Why did the U.S. ambassador and the commander of the U.S. Forces Korea visit Kim Jong-pil’s farm in South Chungcheong?” or “Why is Kim Jong-pil meeting opposition lawmakers more than ruling party lawmakers?”

He even said they wanted to know the names of the military officials, diplomats and journalists who were close to me.

But the questioning was somehow amateur. When they couldn’t find evidence, they even asked why opposition lawmakers hadn’t asked me pointed questions during an interpellation session while I was prime minister.

Kim Jae-gyu tried to reveal the results of the investigation and eliminate me. It was also part of his competition with Cha.

Park at the time was very sensitive because he was preparing for the 1978 presidential election. Hard-liners from the opposition, like Kim Young-sam, Kim Dae-jung and many others were demanding the Yushin Constitution - which gave Park dictatorial power - be abolished.

My presence in the political circle put pressure on Park because he still suspected I was trying to take his position, while Kim Jae-gyu and Cha were competing at the time to read Park’s mind first and be his support in the later years of his presidency.

On Christmas Eve in 1977, Kim visited me and confided that it was Cha who had initially slandered me. He said a private intelligence agency for Cha had collected the wrong information about me and that Cha had handed it to him for investigation.

He had tried his best to find something to win Park’s good graces, but it was to no avail. He probably told me how he started the investigation in the first place because he felt guilty.

Kim felt victimized by Cha, and whenever he was scolded by President Park for his wrongdoings, he always believed it was because of him.