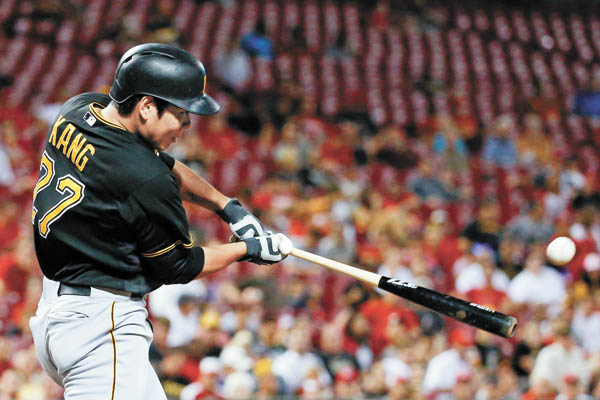 The Pittsburgh Pirates’ Kang Jung-ho hits a grand slam off Cincinnati Reds starting pitcher Keyvius Sampson during the sixth inning Wednesday in Cincinnati. It was Kang’s 15th home run of the season and his first grand slam in Major League Baseball. Kang also became the first Pirates player to hit a four-run home run this season. He went 1-for-4 in the game and is now hitting .286. The Pirates won 5-4. [AP/NEWSIS]