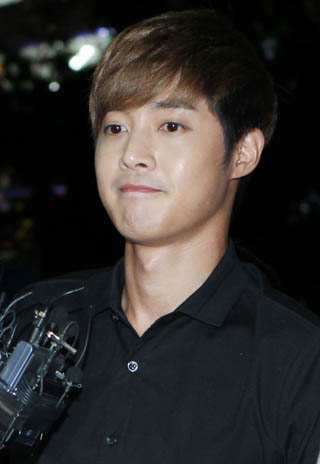 Singer-actor Kim Hyun-joong’s ex-girlfriend, surnamed Choi, has been confirmed to have delivered the child in early September.

According to Korean media outlet SBS funE on Thursday, Kim’s ex-lover, who was carrying the celebrity’s child, gave birth to the baby last week at a hospital in Seoul. Choi has left the hospital and is currently said to be focusing on postnatal care.

Both the baby and the mother are reported to be in good condition.

“It’s true that she delivered the baby at a general hospital,” explained a source close to Choi. “A lot of reporters came to the hospital to attempt to cover the news, and due to the excessive media attention, we couldn’t reveal the specific date of Choi’s delivery.”

Although Choi’s delivery has been publicized, detailed information about her baby has not been revealed.

Choi is planning to bring a paternity suit against the TV personality, who is currently enrolled in mandatory military service and will be discharged in February 2017.

In response, Kim’s attorney, Lee Jae-man, said, “If Choi wishes to receive child support, she knows that she has to provide the result of a paternity test.

“Whether Kim is the father of the baby or not has no relation to the current ongoing lawsuit,” Lee added.

Meanwhile, Choi has demanded 1.6 billion won ($1.3 million) from the celebrity after allegedly miscarrying due to Kim’s physical abuse.

The third hearing in the legal battle is scheduled to take place on Sept. 23.