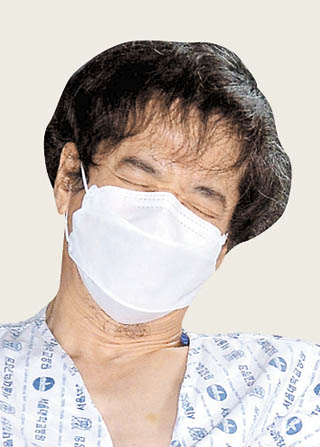 The Supreme Court on Thursday quashed a term sentence of three years in jail and a 25.1 billion won ($21.2 million) fine given to CJ Group Chairman Lee Jay-hyun for tax evasion and embezzlement in 2014 and sent the case back to the Seoul High Court.

The decision boosted the possibility that Lee’s punishment will be lighter after the retrial.

Korea’s highest court said on Thursday that both the first sentence and the appeal court’s verdict were made in error because they applied the wrong law to justify Lee’s sentence.

“The original ruling misinterpreted the principles of law because it concluded that Lee’s business malpractices were economic crimes that are given additional punishment,” Justice Kim Chang-seok said. “According to precedents, additional punishments aren’t given when the amount of illegal benefits from the crimes can’t be calculated.”

Under the law, if a person commits certain economic crimes, such as fraud, intimidation, embezzlement and other business malpractices, and the illicit benefit from the crime exceeds 500 million won, he or she is given at least three years in jail. If the amount is more than 5 billion won, the criminal is given at least five years in jail, plus a fine less than the amount of the benefit.

Lee was detained and prosecuted in July 2013 for allegedly evading 54.6 billion won in taxes and embezzling 71.9 billion won from his company by operating a slush fund and trading stock in the name of shell companies in Korea and abroad. At the same time, he was also indicted for business malpractices that are believed to have cost financial damage of 39.2 billion won to CJ’s affiliate in Japan.

The high court admitted that Lee spent most of the embezzled money on the company, not on himself.

The Supreme Court on Thursday upheld the high court’s decision on Lee’s tax evasion and embezzlement convictions, but raised a question about the scope of the business malpractices.

Lee is believed to have taken loans in 2006 and 2007 under the name of Pan Japan, a company owned by Lee, to buy buildings in Akasaka, Tokyo, from the Tokyo branch of Shinhan Bank. When the bank refused to give loans due to a shortage of collateral, Lee allegedly made CJ Japan stand joint surety for the loan.

The prosecution believed that Lee benefitted to the tune of about 50 billion yen ($4 million) and dealt the same amount of damage to CJ Japan.

“Pan Japan could repay the debt with the revenues from the buildings that were taken as collateral and did redeem the interest in time, which means that Pan Japan did not suffer any financial damage,” the court
added.

However, the Supreme Court still found him guilty of business malpractice because it is still illegal to pose a threat of potential financial damages.

CJ Group welcomed the decision, particularly since Lee is in very poor health. He had a kidney transplant in August 2013 but has suffered immune rejection symptoms. He is also suffering from Charcot-Marie-Tooth disease, a genetic neurological disease.

“We respect the court’s decision,” said an official of the CJ Group on Thursday. “We are relieved that Chairman Lee got another chance to have his punishment reconsidered because he wasn’t healthy enough to stay at his father’s funeral recently.”