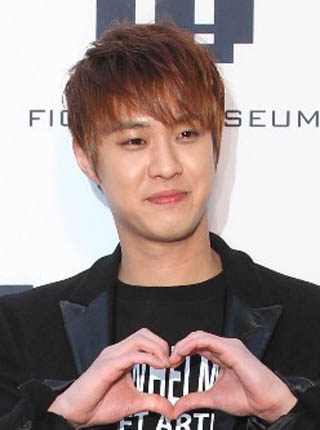 Singer Seungho from the all-male act Mblaq made an official announcement about being physically assaulted by a former employee of his talent agency, J. Tune Entertainment.

Regarding the announcement, which has created waves on the Internet, the entertainment company stated on Friday, “The director that abused Seungho is currently not working for our talent agency.”

“The former director resigned from the company two years ago and the two [the director and Seungho], who met for the first time in a long time with various acquaintances for a drink last night, had misunderstandings with each other [that eventually led to the physical assault].” The company also added words of apology in its official announcement.

The Gangnam Police Station said on Friday that the former employee of the entertainment company has been indicted without detention.

The ex-director struck the celebrity’s head with a glass while the two were having drinks at around 3 a.m. at a bar in Sinsa-dong, southern Seoul, according to the police. The police investigation into the case is still ongoing.

After two former members of the boy group left the act, the three remaining members - Seungho, G.O and Mir - are continuing to participate in the group. The downsized K-pop group released a new mini-album, “Mirror,” in June.