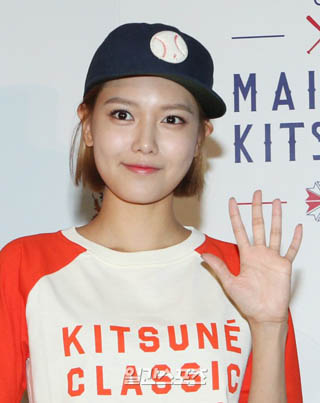 Sooyoung from all-female act Girls’ Generation has been confirmed to be appearing on JTBC’s reality program “Kim Je-dong’s Talk to You” as a guest, according to a person involved with the program.

“Sooyoung’s honest stories ... are expected to garner a lot of attention,” the source said.

“Kim Je-dong’s Talk to You” is a popular reality program, in which the celebrity host talks with the audience throughout the show. Kim leads the conversation by discussing certain issues that many people are concerned about, providing a sense of mental healing.

The recording of the show featuring the singer will take place on Saturday.

Thanks to Sooyoung’s popularity, the episode featuring the star is being highly anticipated by many of her fans.

Meanwhile, the 25-year-old recently released a new album as a member of the girl group, in which she showed off her talents. She is actively taking part in various performances based on their latest songs such as “Lion Heart” and “You Think.”