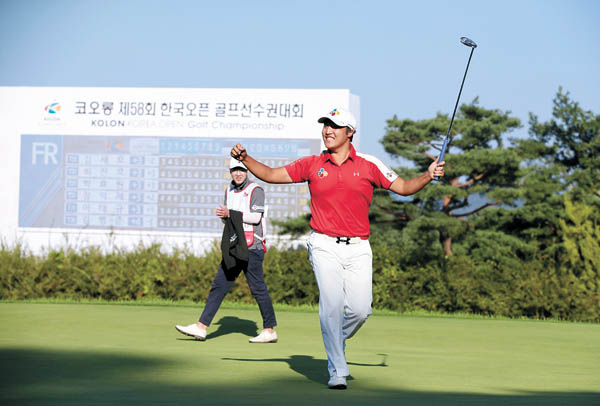 Lee Kyoung-hoon celebrates after winning the Kolon Korea Open at the Woojeong Hills Country Club in Cheonan, South Chungcheong, on Sunday. Lee, 24, finished the major tournament at 13-under 271 to beat Kim Meen-whee by four strokes. This is Lee’s first title in Korea after he became pro in 2012. He previously won the Nagashima Shigeo Invitational in Japan in 2012. Lee is now the prize money leader in the KPGA Tour after collecting 300 million won ($254,000) for his victory. Provided by the KPGA