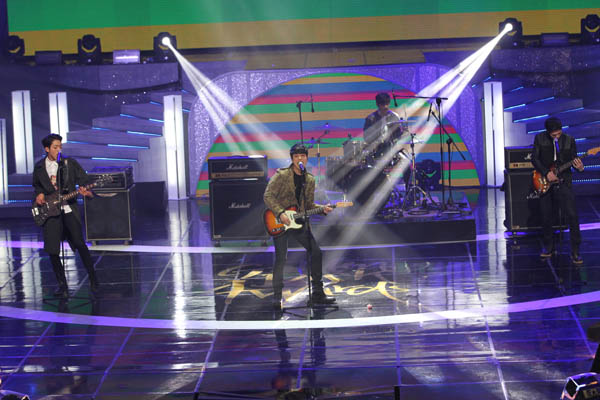 All-male act CNBlue will hold a showcase today to celebrate the launch of their new album, “2gether,” which will also be released today. The event will take place at Ax Concert Hall in Gwangjin District, eastern Seoul.

During the concert, the Korean Wave band will perform all the new songs from their newest album, including the title track “Cinderella.”

The four-member group’s comeback is highly anticipated by their fans because it is the first time they will release a new album together since their last album, “Can’t Stop,” came out a year and a half ago.

The showcase will take place at 8 p.m. and will also be broadcast in real-time through Naver’s V app.

“Cinderella” was composed by group leader Jung Yong-hwa. It is an upbeat song with a mix of pop and electronic sounds that reinterprets the classic fairy tale.