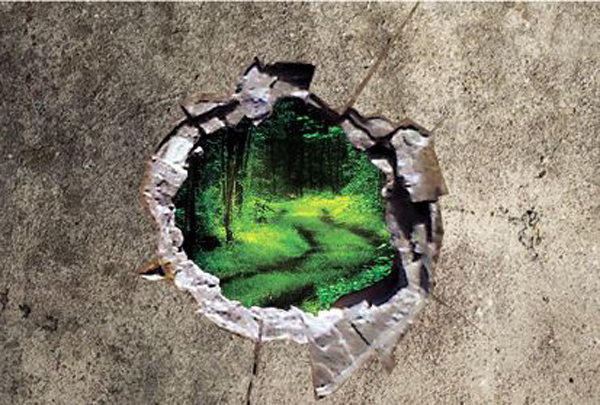 George Schultz, the U.S. Secretary of State under President Ronald Reagan, sought advice from diplomat and historian George Kennan who had been an advocate of a policy of containment on expansion of the Soviet Union during the Cold War.

Kennan advised that because the Soviet people were insecure, it was important to allow them to save face. He also warned that an outright threat of military force could only give Russia an excuse for a pre-emptive attack. At the end of the Cold War many said that if Washington had listened to Kennan, Russia would have changed progressively faster.

Since the two Koreas held marathon four-day talks that ended in a landmark deal on Aug. 25 to end confrontation, they have acted to pave the way for better bilateral relations by setting date for family reunions. Seoul has never been so eager.

President Park Geun-hye vowed to solve North Korean nuclear problem to achieve peaceful unification. But too much eagerness can ruin things. We must try to change North Korea's thoughts and behavior subtly. In order to keep up the fragile recovery in inter-Korean relationship, it is important that the two Koreas try to save faces for one another.

We are mostly skeptical and suspicious about the effect of dialogue and diplomacy with North Korea, given its track record of breaking promises. It is customary in international relationship that agreements can be broken if they go against national interests. But Pyongyang has done it too often.

As soon as the Aug. 25 agreement was announced, a senior delegate from North Korea disregarded what had been agreed. Seoul hailed the deal for drawing an unprecedented apology for North Korea’s installment of land mines that maimed two South Korean soldiers. But Pyongyang flatly denied it had anything do with the land mines and accused Seoul of fabricating the story.

We cannot entirely blame Pyongyang. We too have not kept to our side of the past joint agreements for aid and economic cooperation following inter-Korean summit meetings in 2000 and 2007. Pyongyang safeguards the agreements as unification declaration but Seoul has not complied with them. Because of the differing positions, the two Koreas have been on tensed standoff ever since. The high-level meeting last month was held at the peak of conflict. The two sides addressed the talks with unprecedented sincerity because the outcome could have determined whether the two Koreas would go into a war or sustain peace. Fortunately, the two Koreas have avoided the worst and chose the path to peace and opportunity. But the mood was not enough to convince the public that anything would really change. Few believe North Korea would radically change.

But can we all be that sure? Hannah Arendt, German-born political theorist, was convinced that totalitarianism would not change in her book "The Origin of Totalitarianism." Her strong belief was understandable as she as a Jewish descent who had to flee from Nazi atrocities to the United States. As Arendt pointed out, totalitarianism form of Stalinist Communism and Nazism in the 20th century was entirely different from older forms of tyranny Modern tyrannies justified terror with an ideology or historical law through complete control over individual thoughts and freedom. Pathological dictator empowered supremacy and justice for terror through the advances in science and technology. Totalitarian constraint backed by science and technology destabilized the society and killed any form of evolution. Without external shock, implosive change looked impossible.

But the Hungarian Revolution of 1956 triggered by a spontaneous nationwide revolt against the government changed Arendt' view. Even harsh and suffocating totalitarian rule could not entirely demoralize individual mind and freedom. Science and technology that once helped totalitarian rule worked equally to break it.

Today's advance in information and communications technology has also been shaking the world's most rigid regime in Pyongyang. No use of terror can entirely shield the country from the wave of digital technology. Our work is set out.

Even if it is just wishful attempt, we must try to blow winds of change through the small holes digital technology has made in the closed society so that North Korea can constructively change from within. We should take Kennan's advice and try to draw changes from North Korea through the use of diplomacy and soft power instead of containment and pressure.

President Park has pledged to take the uncharted path to reach unification. She may be trying to avoid the road already taken such as emotional and rational approach. The so-called all-engaging sunshine policy and uncompromisingly rigid policy were meaningful attempts. But they both had not worked. We now put hopes on the president's third way. We may not have a wise strategist like Kennan, but we have ample wisdom from the past experiences.

*The author is a professor emeritus of political science at Seoul National University.