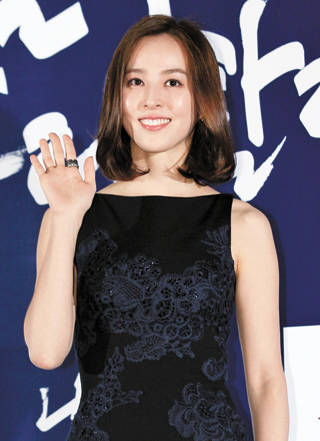 Actress Han Hye-jin, who is married to Korean professional football player Ki Sung-yueng, gave birth to a baby Sunday evening, according to the 33-year-old’s talent agency, Namoo Actors, on the same day.

“Han delivered a baby at a hospital in Seoul,” the agency said. “Both the mother and the baby are in good condition.”

“I’m really happy and grateful to finally meet the baby that I have been waiting for,” the celebrity is reported to have said. “Thanks to many people’s support and blessings, we will live more happily with the child.”

Han married her husband, who currently plays for Swansea City and is eight years her junior, in July 2013. Due to their age difference, the couple received significant attention when they first announced their marriage.

The actress became pregnant a year after tying the knot. Since then, Han has been solely concentrating on her child, temporarily halting all her activities in the entertainment field.