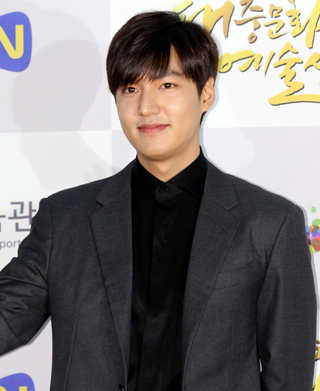 Korean Wave actor Lee Min-ho has won a lawsuit against the cosmetics companies he filed against to prohibit the sale of their products that illegally feature his image.

The 28-year-old’s talent agency, Starhaus Entertainment, revealed on Monday that the Seoul Western District Court announced Sept. 9 that the cosmetics companies’ act of selling face mask sheets portraying the Hallyu star without signing any contracts with the celebrity’s agency is illegal. The court has thereby granted an injunction banning the sale of the mask sheets with Lee’s image.

The actor requested the injunction in June. According to the petition, numerous cosmetics companies used the image of Lee wearing armor, which was taken when he was shooting the SBS drama series “Faith” in 2012. Lee’s image was printed on cosmetics product packaging, and they were illegally distributed as if the cosmetics firms had signed agreements with the star’s agency to use his picture.

With Lee enjoying popularity not only within Korea but also in foreign countries, especially China, such illegal use of his image has become widespread.

“Lee Min-ho is currently working as an exclusive model for a renowned Korean cosmetics company, and it is therefore impossible for him to appear on other brands’ products,” said a representative of Lee’s entertainment company.