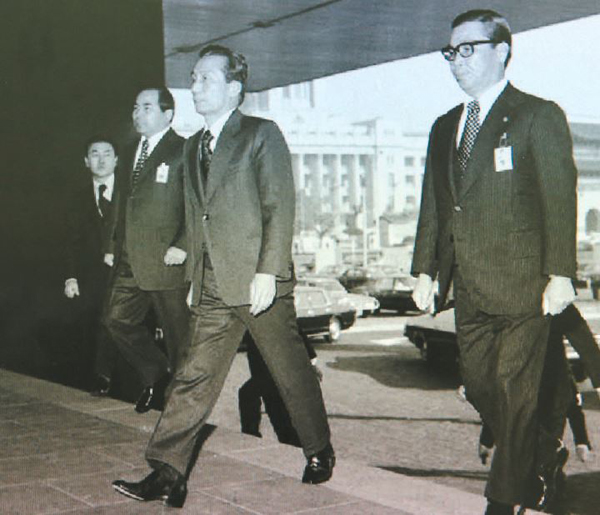 In 1978, we had the second presidential election under the Yushin Constitution in July and a general election in December.

But Park kept checking on me. In February, Korean Central Intelligence Agency (KCIA) Director Kim Jae-gyu visited me. With a stern face, he said, “Sir, you created the KCIA, but the primary mission of the KCIA has changed.”

Kim always called me “sir.” I asked him not to, since he was supposed to do so only to the president. But he persisted. “I’ve gotten so used to it,” he said, “so I’d like you to just accept it.”

The conversation we had that day was so shocking that I still recall every single detail of it.

“Dr. Syngman Rhee served well as president even when he was 83,” Kim said. “The KCIA decided to put our every effort and resource on helping Park serve for life.”

“That sounds like a big job,” I said. “Do you think that is what the KCIA is intended for?”

“I came here to tell you, the founder of the KCIA, that our primary mission changed.”

“Are you intimidating me,” I asked, “so that I won’t oppose your plan to let President Park serve for life?”

“Yes,” he replied. “From now on, anyone who goes against the primary mission of the KCIA is going to be subject to crackdowns regardless of their rank or social status.”

I asked him whether Park directed him to change the KCIA’s mission. 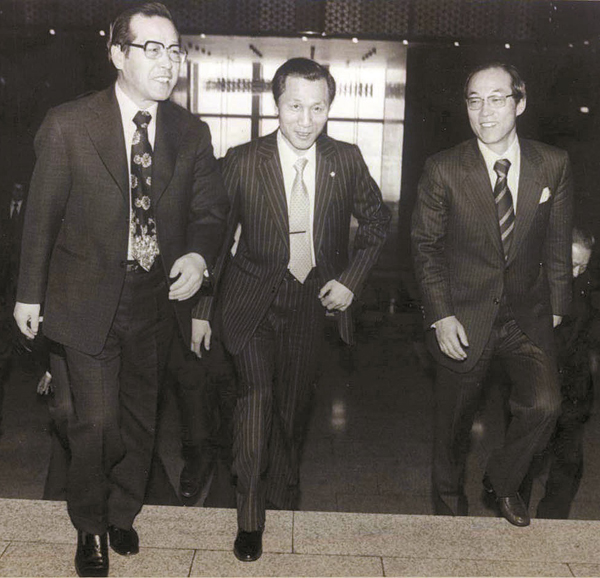 He was talking nonsense. It’s ironic that the guy who tried to make Park serve as president-for-life ended up pointing a pistol at Park in the end, claiming that it was for democracy.

Kim’s conversation reminded me of exactly 10 years earlier, when I first retired from politics in 1968. Then-KCIA Director Kim Hyeong-wuk used some dirty tricks and tried to frame me. He tried to make it look like I was going to run for the presidency in 1971, when Park’s term ended.

An anonymous letter was handed to Park saying that Rep. Kim Yong-tae, who was a close acquaintance of mine, was trying to establish an organization. Park gave it to Kim Hyeong-wuk for investigation. I decided to abandon all my political titles, including Democratic Republican Party (DRP) Chairman, and stepped down as lawmaker.

The situation in 1978 was amazingly similar. Park had been given another anonymous letter. Kim was looking for evidence that I intended to become president. When Kim visited me, he was basically threatening me after failing to find any evidence. It made me want to leave politics all over again.

In the summer of 1978, I went to the Blue House and Park caustically asked me, “Did you build some kind of house in Haenundae?” He suspected that I was bribed somehow and bought real estate in Busan.

“Who says that?” I replied. “Why would I build a house in Haeundae?”

Park mumbled, “Really? All right then.”

When I did some research, it turned out that the information was made up by the intelligence team under Presidential Chief Security Officer Cha Ji-cheol.

Kim Jae-gyu and Cha were competing to make me look like a traitor. Once Park made his suspicions known to me, I lost interest in politics.

I stopped meddling in political affairs, although I was still a member of Yushin Jeongwuhoi, a quasi-political party. I only cared about the Korea-Japan Parliamentarians’ Union, which I was serving as chairman. I tried to stay away from Seoul and frequently went down to my farm in Seosan, South Chungcheong.

Park’s 18-year rule was nearing its end as well.

On July 6, 1978, Park was elected the second president under the Yushin Constitution, thanks to KCIA Director Kim Jae-gyu, who did everything to persuade delegates in the indirect presidential election.

After Park was reelected, the public’s attention moved on to the general election on Dec. 12 of that year. At a press conference in August, a reporter asked me, “Are you running in the election in December?”

I decided to reveal my feelings, “I have never thought of it,” I said. “I’ve been in positions that I could have been in as a politician, but it’s time to give them to emerging politicians. I left politics in 1968, and I believe it’s time for me to really put everything down.”

Park called me to the Blue House two days later. He must have known what I said in the press conference. He asked me to run in the election from Buyeo, South Chungcheong.

“I meant to tell you directly,” I told him. “Please let me leave politics now.”

He believed I was not happy that he was reelected. “Do you think I’m doing this because I want to?” he asked angrily.

“It’s because you think I’m a burden to you,” I said. “It’s time for me to leave you. It will give you more opportunities as well.”

Park shouted, “No! You run in the election from Buyeo!”

About three months later, I went to the Blue House to report the result of my visit to Japan.

“Have you thought about running for the seat in Buyeo? What about Jongno?” Park was persistent. DRP Secretary General Kil Joun-sik visited me later that day. He said it was the president’s will.

I came back to the National Assembly as a lawmaker from the Buyeo, Seocheon and Boryeong constituencies. I had seven rivals and I won the election with 66.7 percent of the votes.

In the general election, Park mobilized popular candidates to prove the democratic legitimacy of his regime. One of them was Park Chong-kyu, a former Presidential Chief Security Officer who resigned after first lady, Yuk Young-soo was assassinated. Former KCIA Director Lee Hu-rak was not admitted to the DRP but Park allowed him to run as an independent.

He let those popular figures run in the general election to give them the chance to make their own way - and so they wouldn’t be motivated to hurt Park.

It was Park’s unique way of operating. He let go of some people who were too close to him, but he didn’t let them stay away too far or too long.