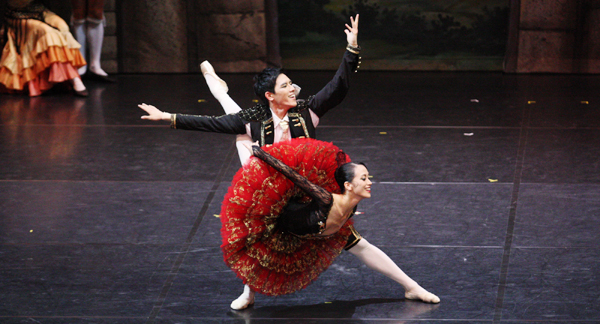 The Korean National Ballet is staging “Don Quixote” with commentary to help the audience better understand ballet and the performance. See THEATER, below.Provided by the organizer

Thursday to Sunday: The Korean National Ballet will showcase their production of the ballet “Don Quixote.” This two-act ballet piece is based on the classic Spanish novel by Miguel de Cervantes. An epic story of a Spanish nobleman who goes on a quest for knighthood after reading many romantic tales, Don Quixote has inspired numerous works of literature, plays, films and ballets over the centuries. This production is prepared with commentary.

To Oct. 11: The original French tour of “Romeo and Juliet” is returning to Korea after six years. As one of the most popular French musicals, “Romeo and Juliet” won the Platinum Europe Award by selling more than 100 million DVDs and CDs of its premiere in Paris in 2001 and 2002. It was highly praised by Korean audiences when it visited Korea in 2007, and composer Gerard Presgurvic and choreographer Redha return to Korea with a story of hopeless love. The impressive music, romantic lyrics, dazzling choreography and unique characters all enhance the tragic love story.

To Nov. 8: As a musical that has been seen by many on Broadway, “Cinderella” has won Tony awards and was nominated as the most anticipated Broadway musical of 2015. The gorgeous romantic fantasy captivates the audience with a somewhat different story from the original fairy tale, as Cinderella leaves her sparkling glass slipper behind on purpose to be found by Prince Christopher.

To Nov. 22: The musical “In the Heights,” which won four Tony Awards for best musical, choreography, orchestrations and original score, is finally coming to Korea. 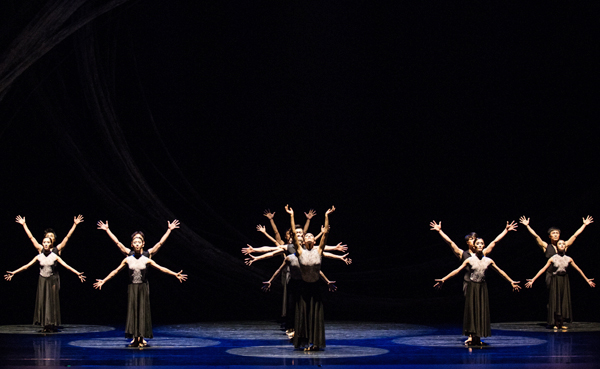 Oct. 1 and 2: Commemorating the 20th anniversary of the Switzerland and Korea Cultural Exchange Project, Ballett Basel and Seoul Ballet Theatre have teamed up for a collaborative performance called “Moves.” The first part, “Snip Shot,” choreographed to a selection of Bach’s music, conveys the complexities of love. In the second part, “Voice in the Wind,” dancers capture the spirit of the wind by mirroring its swiftness. Finally, “Under the Moonlight” portrays the water’s subtlest undulations in the moonlight as a metaphor for the delicacy and fragility of human emotion.