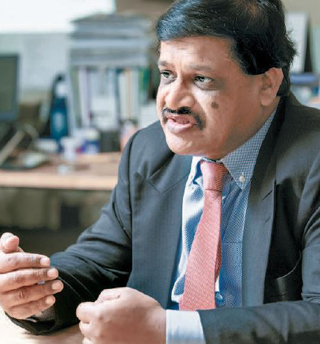 The U.S. Federal Reserve will definitely raise rates this year, although it is still hard to tell whether it will do so this week, said Rajiv Biswas, a chief economist at IHS, a market research firm.

At a seminar in Seoul, Biswas said if the United States postpones a rate hike to next year and inflation surges, the Fed would have to raise it rapidly, which would have a worse impact on the economy than raising it gradually.

“It’s very hard to say the rate hike will be in September,” he said. “If you look at the whole picture, they still need to raise the rate within this year.”

Emerging markets, including Korea, will be affected by a rate increase by the United States.

“Although a rate increase would hit emerging markets, the Fed’s job is working for the U.S. economy, not for the global economy,” he said.

China, the second-largest economy, will also be affected by a U.S. rate hike, he added.

“A lot of capital will go into Hong Kong dollars or U.S. dollars [from China],” he said. “That puts pressure on the Chinese central bank to keep their exchange rate stable against the U.S. dollar now, using up more foreign exchange reserves."

The Chinese government has forecast a 7-percent growth rate for this year, and Biswas forecasts China’s growth rate next year at 6.5 percent.