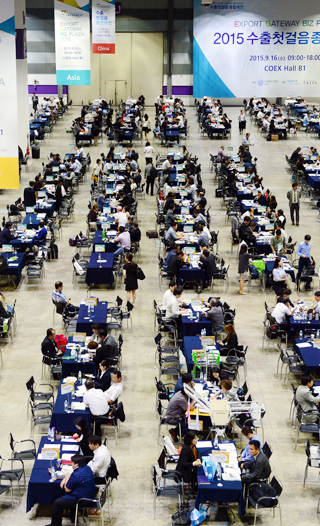 Officials from Korean small-and-medium sized companies talk with foreign buyers at the 2015 Export Gateway Biz Plaza held at COEX, southern Seoul, on Wednesday. The event was hosted by the Korea Trade-Investment Promotion Agency (Kotra) and the Ministry of Trade, Industry and Energy. According to Kotra some 180 foreign companies were invited to participate in the event while 500 Korean small and mediuem-sized enterprises took part. [NEWSIS]