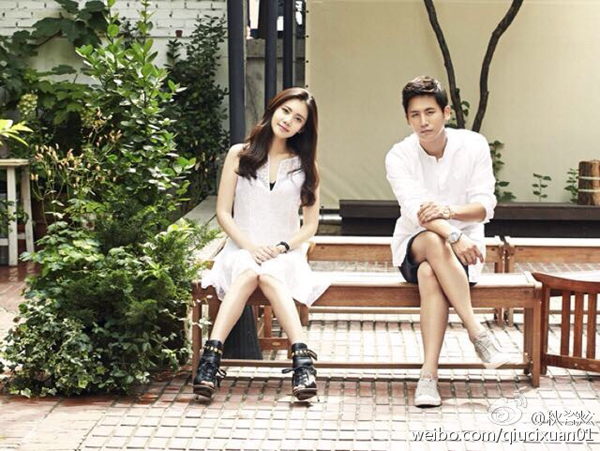 Korean actress Choo Ja-hyun, who is more well-known in China, has revealed that she is dating Chinese actor Yu Xiaoguang.

The 36-year-old posted on the Chinese microblogging site Weibo on Wednesday: “I want to share the most important happening of my life with the people I love. I’m writing this with deep consideration.

“Even though I have thought that I shouldn’t depend on someone, I have actually always wished to rely on somebody. Ever since I met him, I start and end the day with a feeling of happiness. Even though I thought it was a little strange, I have decided to announce [the relationship] because I was certain that he is an important part of my life.”

The actress also emphasized that she is highly grateful to China, which has made it possible for her to meet her lover and also achieve her dream of being an actress.

A source involved with Choo also told Ilgan Sports, an affiliate of the Korea JoongAng Daily, the same day that “the couple is dating under the premise that they will get married,” adding that they are planning to tie the knot in 2016.

Yu used to be a national team swimmer. He is currently working as an actor and musician.