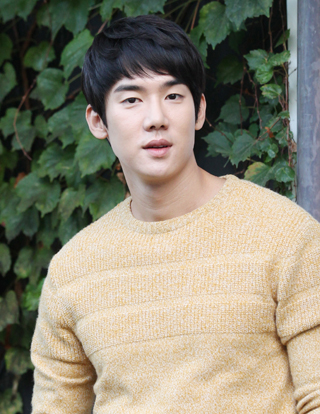 Actor Yoo Yeon-seok of “Reply 1994” (2013) has been confirmed to be taking part in the musical “Le Passe-Muraille,” which will be his first musical performance since his debut.

The 31-year-old’s talent agency, King Kong Entertainment, revealed on Wednesday that the musical will kick off on Nov. 21.

“The event is very meaningful because [Yoo] has been craving to take the stage as a [musical] performer. Please give him your full support,” the talent agency said.

As the actor has taken part in various performances since he was a university student, his acting and singing ability is highly anticipated by many of his fans.

The upcoming French novel-turned-musical, which translates to “The Man Who Walked Through Walls,” revolves around a middle-aged man who one day realizes that he can walk through walls. The musical also adds some romance between the man and a married woman who is trapped in a bedroom every night by her husband.

The musical will run from November through Feb. 14 of next year. Reservations for tickets will start on Sept. 22 at 2 p.m. on Interpark.