Apps can put an entire food court in your pocket

Apps can put an entire food court in your pocket 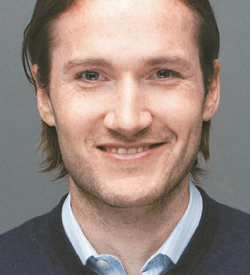 YoGiYo, a Korean food delivery service app whose name means “Here it is,” announced in late August it had raised 41.9 billion won ($35 million) from its Berlin-based mother company, Delivery Hero.

The investment led the second-largest player in the food ordering and delivery app field in Korea to amass the biggest investment of its kind at 65.9 billion won since it was established in June 2012. The top player, Baedal Minjok, by comparison, has grossed 54.3 billion won so far.

Prior to its August funding, the German start-up that operates in 34 countries across the globe snapped up Korea’s third-ranking food delivery app, Baedaltong, last December to become the top shareholder. Now, YoGiYo and Baedaltong take up a combined 48.6 percent of the market share, trailing Baedal Minjok’s 51.4 percent.

The German technology giant’s aggressive expansion drive in Korea indicates it still sees a lot of growth potential for a business that is only five years old in Korea. The country was already a food delivery service haven, with fried chicken and jjajangmyeon, or Chinese-style black noodles, available anywhere at any time.

The rise of delivery apps beginning in 2010 facilitated the mobile ordering and payment process further, with smartphone users increasingly relying on apps to improve their lifestyle. 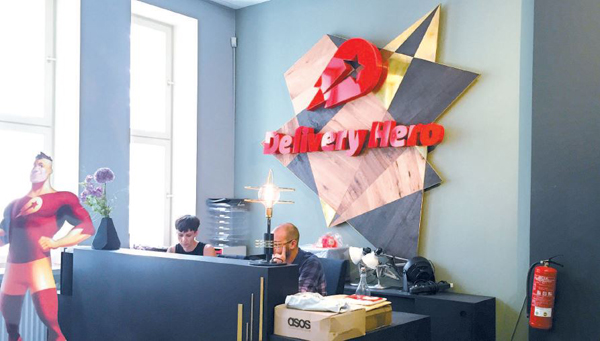 The Delivery Hero office in the Mitte area of Berlin. By Seo Ji-eun

Delivery Hero rose as one of Europe’s superstar start-ups in late June after it received a combined $110 million from two U.S. funds in the latest round of funding. Its valuation propelled to $3.1 billion, threatening to overtake its web-based British rival Just Eat.

Located in the trendy Mitte district in Berlin that is comparable to Tehran Valley, Seoul’s Silicon Valley, the food ordering start-up is pretty much international, with employees from around the world including several Koreans accounting for 60 percent of the total staff.

The headquarters, when visited by the Korea JoongAng Daily, was vibrant with young, casually dressed employees making conference calls in English - a familiar scene across many other start-ups in the German capital, the latest technology hotbed of
Europe.

Just four years since its launch, the number of employees has doubled to 600 and the company is planning to relocate to a new venue that suits the increased staff, according to spokesman Bodo von Braunmuhl.

Niklas Ostberg, Delivery Hero’s co-founder and CEO who was educated in Stockholm and Zurich, has been involved in the start-up scene since the late 1990s after spending several years in banking and consulting. He was not available for a face-to-face interview at his Berlin office. The following are excerpts of interviews conducted via e-mail sent from Seoul. 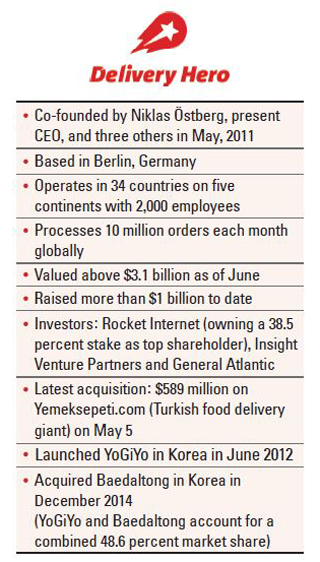 Q. Some speculators in Korea say Delivery Hero will eventually merge YoGiYo and Baedaltong into a single entity. In that case, the size of the combined company will surpass that of the current market leader, Baedal Minjok. Will this speculation materialize?

A. There is a clear value for us to keep both brands as they are. YoGiYo and Baedaltong have well established their own positions in the market. We do not have a plan to merge the two brands at the moment.

Delivery Hero has recently injected another $35 million in YoGiYo, and the funding will be used to diversify the value offered to restaurant operators, the release said. Could you elaborate?

We have recently invested in Foodfly and have signed an exclusive partnership with Butake, which are fleet services that deliver food from non-delivery restaurants. Also, we have recently launched take-out ordering services to generate additional revenue for our existing restaurant partners. YoGiYo will continuously invest in diversifying the service that will improve our user experiences and bring additional revenue for our restaurant partners.

Delivery Hero said a year ago the key pillar of YoGiYo’s strategy is its strong investment in marketing, with an annual marketing budget of over $40 million at its disposal. It has been a year since the announcement, and local start-ups seem to have shifted their strategy from marketing (hiring expensive celebrities as models and running frequent commercials on TV) to enhancing customer benefits. Has there been any change in YoGiYo and the business strategy here?

The market is still at its growth stage. We will continue to invest in marketing for YoGiYo to keep the growth momentum but enhancing customer (both consumers and restaurants) benefits are also critical in this market. The customer standards in Korea are very high. We will need to ensure we meet their needs by enhancing our product quality and customer benefits.

What are the characteristics of the Korean market that separates it from other Asian countries?

Koreans are very savvy and fast in adapting new technologies, which also leads to high expectations toward mobile services. It is definitely challenging to meet the expectations of the Korean consumers, but at the same time Koreans being so open to try new services and contents, makes the market so attractive to mobile start-up companies.

How often do you meet the Korean staff in Seoul?

I talk with them all the time, at least once a week. I try to meet with the Korean team as much as possible as Korea is such an important market for Delivery Hero.

Could you name some of the restaurants that impressed you in Seoul? Why?

I was so impressed with all those restaurants that deliver chicken and jjajangmyeon to anywhere in the city. I saw people ordering fried chicken from the Han River riverside park at 11 p.m. The restaurants are so dedicated to serving their customers by delivering warm food anywhere, anytime. They are very professional and committed to their business.

Delivery Hero has been doing a lot of M&As so far overseas. Are there any companies in Korea you have been closely monitoring with a future prospect to acquire?

We stay very much interested in potential investment and/or acquisition of Korean start-ups if they can create synergy with us in achieving our vision to be the best online food ordering service.

Is there any Korean start-up that you have been paying attention to recently?

Which specific considerations do you have when it comes to choosing the country to invest in or to set up a subsidiary?

We prefer to operate in markets of relevant size and potential, but even more we look at management teams that act and think the same way as we do, with a passion for the business and the vision to change the industry for a better customer experience.

As an endless array of companies jump into the promising business of food delivery service, the competition is getting even fiercer. What are the strengths of Delivery Hero subsidiaries that separate them from other rivals?

We consider it a particular strength of Delivery Hero that we even-handedly care for the different pillars of a highly complex business. We claim to build superior products for our customers; we cultivate partnerships at eye level with our restaurant partners, including proper quality management, and we also build up our own delivery forces when necessary.

What do you think of the competition with JustEat or GrubHub? What differentiates Delivery Hero from them?

Our global competitors mainly serve as aggregators, whereas Delivery Hero aims to control the entire process including the offline part. This includes delivery logistics as well as quality control and education of our partner restaurants based on our know-how in food.

What’s the future of delivery apps or service? How far do you predict it will evolve?

On average people spend about three years of their lives cooking and cleaning up after meals. Yet only 20 percent call this “quality time.” We want our services to be there for the remaining 80 percent. Given the need to use your time in the most enjoyable way, our apps are designed to deliver your favorite food very quickly, with exactly the choice and quality you are looking for. If you install the apps of YoGiYo and Baedaltong you should have an entire food court in your
pocket.

You told TechCrunch that the company has no plans for an IPO this year. Would next year be a good time for it?

We will likely make an IPO next year, but we will have a close look if we will really add value to our business by going public.