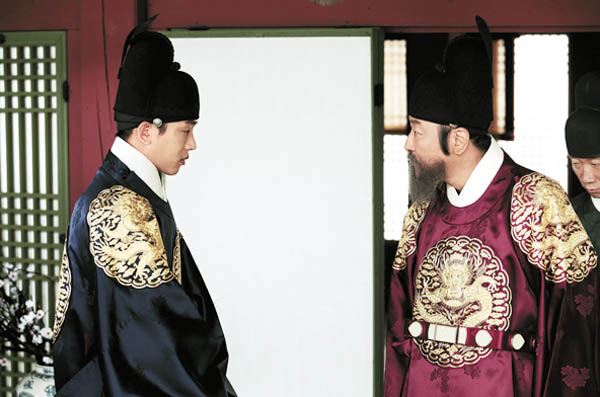 "The Throne" is a historical film that retells the wretched tale of King Yeongjo (1694-1776) and his son, Crown Prince Sado (1735-62), whom he executed by putting him in a rice chest, where he died of suffocation and starvation after eight days.

Portrayed by veteran actor Song Kang-ho, Yeongjo, the longest-ruling king of the Joseon Dynasty (1392-1910), constantly worries about the succession of the throne, almost to the point of obsession.

King Yeongjo devotes so much attention to his son (Yoo Ah-in), providing the best education and resources so that he can be recognized by citizens as the next great ruler. But, much to the king’s chagrin, his son does not meet his expectations and is deemed unfit to rule. He grows up to become carefree, creative and talented in the martial arts, all contrary to his father’s wishes.

As for Prince Sado himself, who yearns to make his father proud, he can’t help but bear resentment toward the king, who doesn’t recognize his son’s desire and pushes him away.

“The Throne” features prominent actors not only as the main characters but also in secondary roles, including Moon Geun-young, who makes a comeback to the silver screen after a 10-year hiatus. Directed by famed director Lee Joon-ik who has crafted a number of successful period dramas such as “King and The Clown,” the film focuses on the tragic father-son relationship. 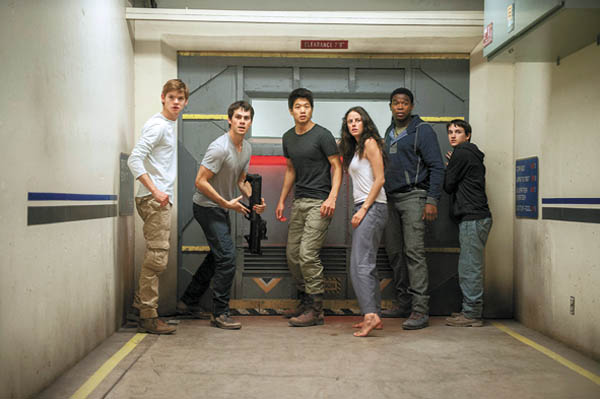 After having escaped from the maze, which was portrayed in the young-adult trilogy’s first installment, Thomas (Dylan O’Brien) and his fellow Gladers find more clues about the organization W.C.K.D. and why the Gladers were placed in the maze in the first place.

Once they learn that they in fact haven’t yet escaped from the organization’s hands, the Gladers plan for another escape, this time out to the Scorch, a desolate world destroyed by a fatal disease called the Flare.

As they join forces with other resistance fighters, the Gladers must find the means to survive and expose W.C.K.D.’s treachery.

Korean-American actor Lee Ki-hong will again appear in the second installment as Minho, a powerful member of the crew, but this time with a bigger role.

In order to promote the film in Korea, the 28-year-old actor paid a visit to Seoul earlier this month with his co-star Thomas Brodie-Sangster.

Jeong-min (Yoo Ha-joon), a screenwriter in his 30s, visits a rural village so he can concentrate on his cinematic project.

He stays at a small inn where he meets Yoo-mi (Han Jae-in), who lives with the landlord. She has an innocent face and sensual allure he finds irresistible.

Day by day Yoo-mi seduces Jeong-min. After one winter night when he can barely control his lust while glimpsing Yoo-mi naked, Jeong-min returns to Seoul in desperation. Unable to forget her seductively staring eyes from that night, he soon returns to the village and, finally giving in, spends the night with her.

As their liaison spirals out of control, Jeong-min finds himself deeply mired in a fatal attraction, unable to even tell whether it is real or an illusion.

There once was a legendary hip-hop group called N.W.A. in the 1980s that changed the future landscape of the music genre.

With its five members - Dr. Dre, Eazy-E, Ice Cube, MC Ren and DJ Yella - the group originated in a poor suburb of Los Angeles. The group’s first album, with the same title as the film, was an instant hit as soon as it came out in 1988.

Their lyrics gained strong support from society’s underdogs, voicing anger toward all sorts of discrimination and poverty. And the group sometimes acted violently, so the FBI kept an eye on them.

The autobiographical film closely follows the group’s ups and downs, from their establishment to their dissolution.

However, the popularity of the individual members stayed steady even after the group broke up, as exemplified by Dr. Dre’s collaborations with some of the top names in hip-hop, such as the late Tupac Shakur, Eminem and 50 Cent.

Receiving rave reviews for both realistically depicting the birth of the legendary hip-hop group as well as celebrating the music genre, the film topped the North American box office for three straight weeks.

Amid the growing interest toward the nonmainstream music genre in Korea, the film opened in eighth place. 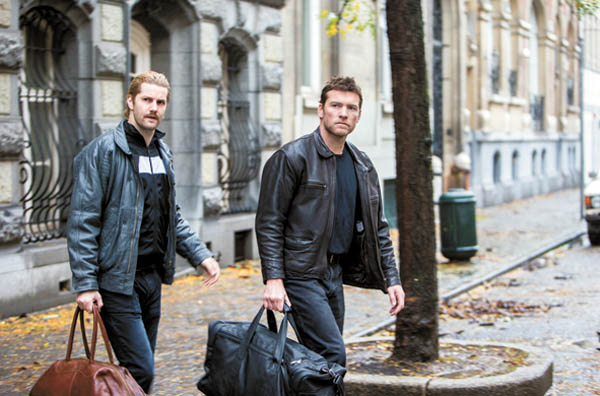 Based on a true story and set in Amsterdam in 1982, this British-Dutch crime thriller centers on a group of five friends who plan to kidnap the beer tycoon Heineken, played by legendary actor Anthony Hopkins, in exchange for a high ransom.

Though they successfully abduct Heineken from his car, the five men then struggle to pull off their kidnapping plans as they encounter one problem after another.

Originally released in April in England, “Kidnapping Mr. Heineken” stars prominent actors like Jim Sturgess and Sam Worthington, both of whom play two of the five friends.

Anthony Hopkins was praised by critics in particular for his exquisite performance in the film. 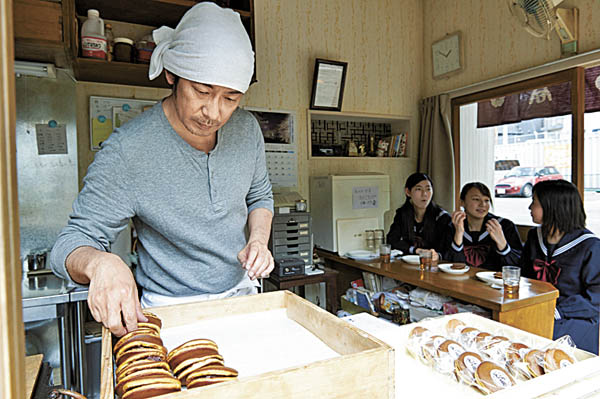 Selected as the opener of the Un Certain Regard competition at this year’s Cannes International Film Festival, “An,” directed by critically acclaimed Japanese filmmaker Kawase Naomi, is definitely a soul-feeding film in a very Japanese way.

With his solemn face, it seems like there is an unspoken past about him, but he doesn’t speak much.

While looking for a part-timer to work in his shop, Sentaro is approached by an old lady named Tokue (Kiki Kirin), who says she has the best recipe for dorayaki.

Sentaro doesn’t approve of this old lady at first, but decides to accept her after tasting her heavenly dorayaki.

With Tokue taking over the kitchen, the food stand’s popularity grows day by day.

But when a young school girl who is one of the regulars of the stand reveals a secret about the old lady, the film takes an unexpected turn.