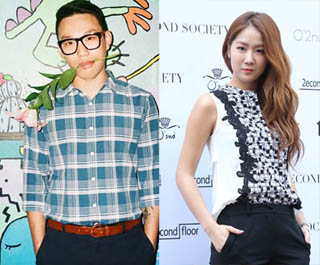 Singer Kwon Jung-yeol from indie band 10cm and idol star So You from girl group Sistar have been confirmed to be unveiling a duet track on Sept. 22, according to the female celebrity’s talent agency, Starship Entertainment, on Thursday.

The upcoming track is highly anticipated by many people due to Kwon’s singing ability and SoYou’s previous successes in duet songs with other musicians.

A few of SoYou’s biggest duet hits are “Some,” which she sang with male soloist Jung Gi-go, and “The Space Between,” a collaboration with singer Kwon Soon-il and Park Yong-in from the trio Urban Zakapa.