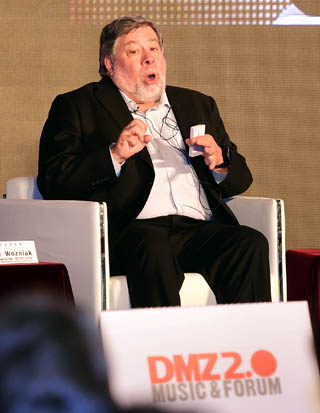 Steve Wozniak, co-founder of Apple, said in a forum in Pangyo, Gyeonggi on Friday that he thinks Apple will continue to innovate because it prioritizes its users over products. He also said Apple could spearhead innovation in an entirely new field such as driverless vehicles. The forum, held at the Gyeonggi Center for a Creative Economy & Innovation, was hosted by the Gyeonggi provincial government. [NEWSIS]