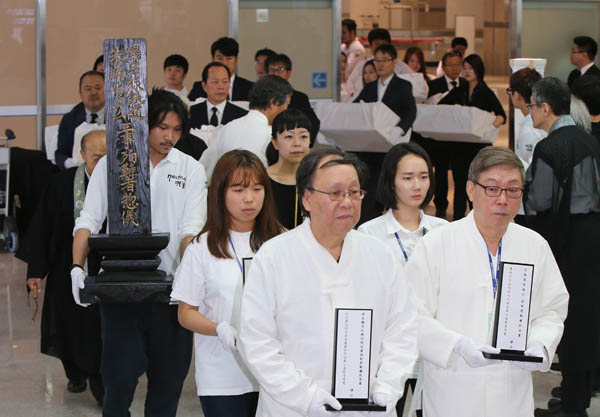 The remains of 113 Koreans, who were forcibly taken to Hokkaido, Japan, during the colonial era and died while serving as manual laborers there, arrive Friday at the Busan Port International Passenger Terminal. The remains of two others were transported by air. A funeral service for the 115 victims will be conducted today at Seoul Plaza. Their remains will be interred in the charnel house of the Seoul Municipal Cemetery in Paju, Gyeonggi. By Song Bong-geun