A city of arts and creativity

A city of arts and creativity 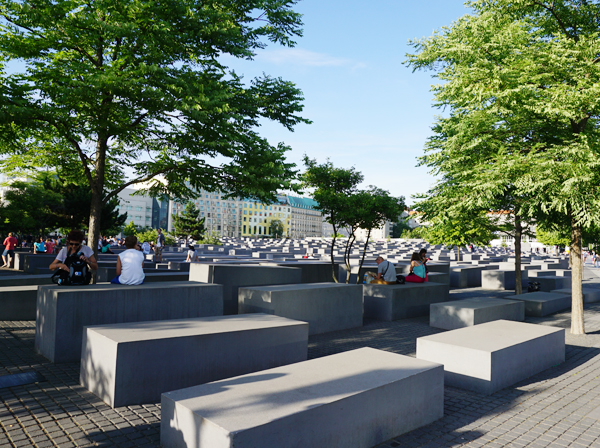 Berlin is one of the most sought-after destinations for artists around the world, and I could sense that freedom in the air. But it was not lightweight.

Where the Berlin Wall used to stand are the silent remains of division and loss. The installation of countless cement coffins symbolizing the Holocaust unease visitors. It is amazing how Berliners have established in the center of the capital a permanent structure symbolizing the most shameful parts of the country’s history.

Berlin is a city of culture, of course. Since the end of World War II, the German government has supported the arts and culture in Berlin in order to heal the collective wounds of the Third Reich.

Embracing the wounds of the 20th century, Berlin was the capital of disgrace, contradiction, chaos and nihilism until the Berlin Wall fell in 1989.

The arts flourished in the city, which businesses had long since abandoned, especially with destruction and chaos such good soil for creativity. Art blossoms in the terrain of contradiction and discord rather than convenience and comfort. It is praiseworthy that the German government had the insight to consistently support art, perhaps knowing that the flowers of creativity bloom in a mess. That was the driving force behind Berlin’s remarkable transformation a half century later.

The streets of the city are young and green. Despite Germany’s undeniable reputation as a leader in the global automobile industry, Berlin is a city of bicycles. The cyclists here are confident and feisty — almost intimidating drivers, if you will. Even while I was driving slowly and strictly adhering to my lane, a biker passed by me, seemingly irritated. I felt like cars were loathed for their carbon emissions.

A number of young people relaxed in the yard of the reopened Neues Museum. They listened to music, read books or simply enjoyed the fresh air. It was hard to find even a shadow of their parents’ generation or the wrinkles of a unified Germany. Growing up with over 150 theaters and more than 150 museums, they project unparalleled composure and a laid-back attitude. They are an exhibit in themselves.

The art scene is vibrant in Berlin and the entire city is a museum. In addition to the blockbuster exhibitions of Kandinsky and van Gogh, a dazzling array of small galleries, design shops and cultural spaces fill its back streets. The municipal authorities roll up their sleeves to provide studio space for foreign artists and offer free medical benefits to struggling artists in order to create an art-friendly ecosystem.

Former Berlin Mayor Klaus Wowereit declared that culture was the essential future asset of Berlin and raised high its artistic banner in the early 2000s. When the arts met deserted land, creative industries were born. Ten percent of the population in Berlin is engaged in creative industries. They are artists, designers, musicians, game developers, cultural managers and actors, and they account for 20 percent of Berlin’s economy.

With a total 3.5 million people, the city has emerged as a leader in developing a creative industry, bringing in 19 billion euros ($21.5 billion) in related revenue.

A creative city creates a creative class. Social scientist Richard Florida defined a creative class as valuing an experienceoriented lifestyle — such as culture, the arts, sports and leisure. They move for jobs, not employment, and only socialize to enjoy culture. They pursue the value of creation, not consumption, and prefer small cafes with character rather than fancy shopping malls. They are accustomed to horizontal culture, where high-paid CEOs and struggling artists stand in line for coffee together. They prefer small yet humane and diverse cities to a metropolis with a 10 million-person population.

The creative class of Berlin must do two things to make the city a leading creative force in the 21st century. First, they must converge art with technology. Berlin has the upper hand in this area, with the most universities and research institutes in Germany concentrated here.

Second, they must pursue entrepreneurship, which can be bolstered by three elements. The first is a thirst stemming from dissatisfaction with reality. The second is consideration and empathy for others. The last is the insight to read the flow of time.

As I turned my eyes to the young people in Berlin, their faces didn’t have a trace of the frustration and distress noticeable in the previous generation. Instead, they exude stability and pride. Maybe their city is too perfect after all.

*The author is the director of the Art Center Nabi.