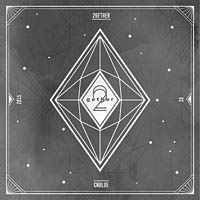 The band rose to popularity after its 2010 debut hit, “I’m a Loner.” Even so, CNBlue have expanded their musicality since, thinking outside the box and playfully challenging the definition of “rock,” as their newly released album, “2gether,” demonstrates.

The album comprises tracks that, in addition to the basic guitar, bass and drums, cleverly integrate a layer of electronic beats or jazzy sounds. This variety begets a peculiar set of catchy melodies. In particular, “Hide and Seek” features a surprisingly pleasant and sexy saxophone solo.

It is commendable how, in comparison with previous albums, CNBlue’s artistry has evolved over time. However, “2gether” itself could have benefited from more variety. Most of the tracks have a similar tempo and beat. “Hold My Hand,” is an exception: Its slower tempo brings out a softer and more endearing side of the band. Likewise, though “Control” starts off similarly to other songs on the album, the guitar solo halfway through stands out, serving to reiterate the band’s identity as rock.