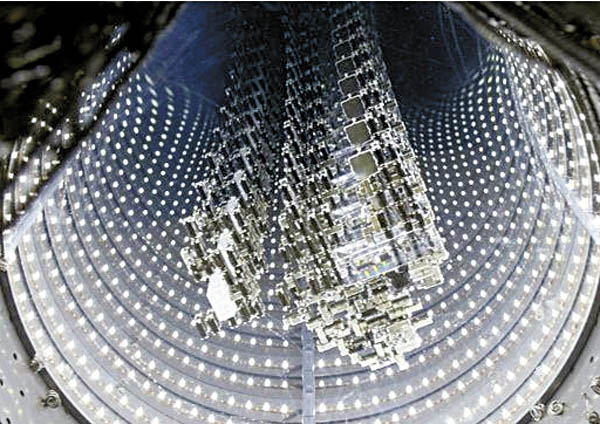 To Friday: The solo show by renowned Korean contemporary artist Lee Bul features 32 installation pieces, 10 of which are being unveiled for the first time, and drawings.

The majority of the exhibited works are part of the “Infinity” series. The series’ decorative and architectural aspect, and the visually provocative use of LED lights, mirror shards and crystals, all provide a playful opportunity for visitors to interact with the works as well as a deeper meditation on the future and humanity. 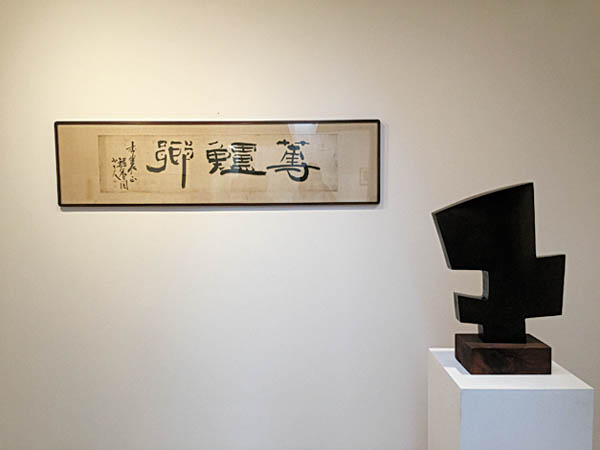 He was inspired in particular by Kim Jeong-hui, better known by his pen name Chusa, a Joseon-era scholar and master of seoye. So, this exhibition presents Chusa’s seoye pieces alongside Kim’s sculptures.

Admission is free. The gallery is closed from Saturday to Monday for the Chuseok holiday. It opens again on Tuesday. Go to Anguk Station, line No. 3, exit 1, and walk for 10 minutes.

To Sept. 29: This exhibition provides a rare glimpse inside North Korea to commemorate the 70th anniversary of Korea’s liberation from Japan this year.

The show is divided into three parts. The first part features North Korean oil paintings with propaganda themes, posters and stamps. They can be summarized as North Korea viewed from a North Korean perspective.

The third part includes photos, media art and installation pieces by South Korean artists including Kang Ik-joong and Noh Suntag and those by North Korean defector artists such as Sun Mu. They depict political tension and unification issues between the two Koreas.

Admission is free. The museum is open through the Sept. 26-29 Chuseok holiday. Go to Seoul City Hall Station, line No. 2, exit 10 and walk for five minutes.

To Sept. 30: The annual new media art festival, held by the Seoul Foundation for Arts and Culture, features 15 teams of Korean and foreign artists.

And “Sentimentail” is an interactive sound piece by Korean artist duo Code Blue. Visitors can sit and play the installed piano, which mixes alcohol into a cocktail according to what keys they press.

To Sept. 30: The exhibition features conceptual works that question our preconceptions by artist duo RohwaJeong. Many of the works include objects associated with elementary schools.

Among the works, “Variable Dimensions” looks, at first glance, like a group of nails driven into the wall. In the next moment, a photo of a classroom is projected onto the wall, and the nailheads overlap with the children’s heads.

Admission is free. The gallery is closed from Saturday to Monday for the Chuseok holiday. It opens again on Tuesday. Take bus Nos. 143, 401, 406 or 730 and walk 10 minutes from the Crown Hotel stop.