Exhibit addresses communication, and the lack of it

Exhibit addresses communication, and the lack of it 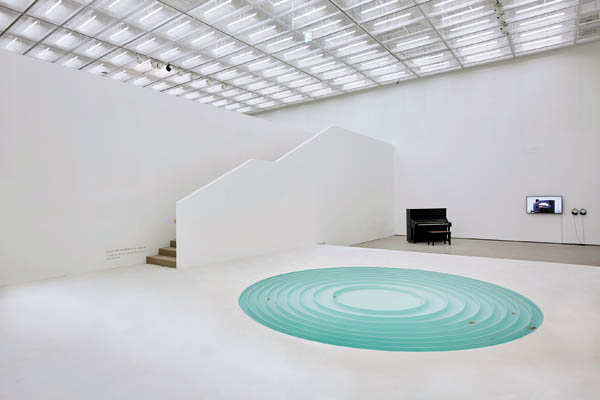 “Nine Goldfish” and “The Pianist and the Tuner” occupy one room of Korean artist Ahn Kyuchul’s solo exhibition “Invisible Land of Love” at the MMCA Seoul branch. Provided by the museum

In a pond of concentric circles in pale turquoise swim nine red goldfish. It makes a beautiful scene at a glance but a more careful look reveals the pond’s somewhat sad reality: The goldfish seem to be together but they can never meet one another, as each is nine separate concentric tracks.

The work “Nine Goldfish” marks the opening of Korean artist Ahn Kyuchul’s solo exhibition at the National Museum of Modern and Contemporary Art’s (MMCA) Seoul branch. Titled “Invisible Land of Love” after a Korean poem, the exhibition consists of the 60-year-old artist’s eight recent pieces. It is the second edition of the MMCA Hyundai Motor Series sponsored by the auto giant.

Besides “Nine Goldfish,” most of the other works on display deal with isolation and lack of communication. 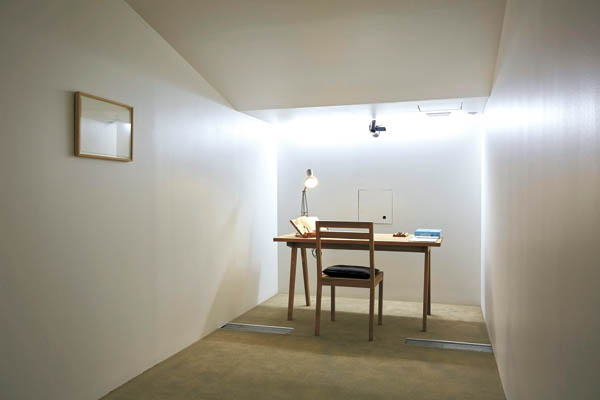 Visitors to the museum may participate in the “1,000 Scribes” performance piece. Provided by the museum

In “The Pianist and the Tuner,” a performance piece, a pianist visits a piano installed at the museum every day at the same time and performs the same piece of music. And a piano tuner also comes every day to remove one piano hammer each day. “With the gradual elimination of the piano hammers, one by one, the performance gradually falls apart until it arrives at complete silence in the end,” the museum explains in the show brochure.

And “64 Rooms,” a structure divided into 64 small cells by dark blue velvet curtains, is “a labyrinth of voluntary desolation and absence,” the artist said at a press preview last week.

“Many viewers could feel fear in it, not only from the sense of isolation but also from another viewer they might suddenly encounter in it,” he added.

And visitors who enter the “Room of Silence,” a huge sphere that is completely white and empty inside, will feel “a state of cosmic void and nothingness where the sense of ‘here and now’ is removed, transcending a mere physical separation,” the artist said. 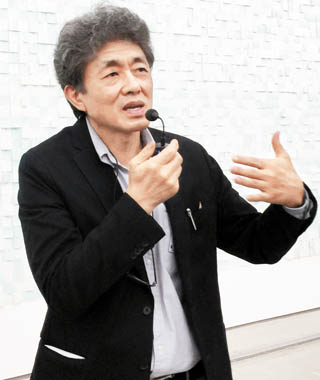 In this context, the theme of isolation in Ahn’s exhibition is not utterly negative. “The voluntary isolation from others, accompanied by silence, is a necessary process for monks,” the artist said.

And in some of Ahn’s works, such isolation leads to a higher level of communication. In the audience-participation performance project “1,000 Scribes,” 1,000 participants, one by one, transcribe Korean and other literary works for one hour in an isolated small room located in the exhibition hall during the exhibition period. The manuscript, filled with the handwriting of many visitors, will be reproduced in limited editions after the exhibition and distributed to the participants. So, although they work in an isolated space without direct communication with each other, they are as good as working together.