Behind every piece of news, a conspiracy theory lurks online

Behind every piece of news, a conspiracy theory lurks online 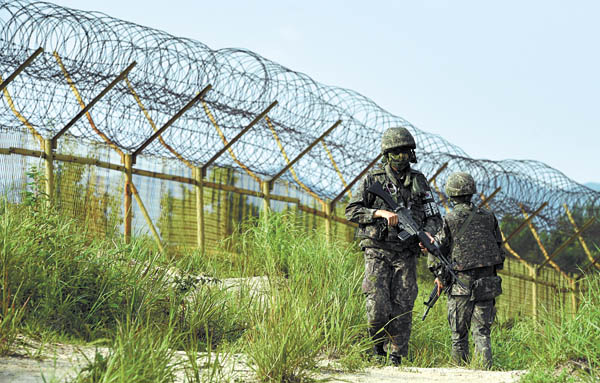 Some South Koreans believe that North Korea is telling the truth about not planting land mines. [JoongAng Ilbo]

Suspicions peaked as North Korea officially denied its involvement in the incident. Meanwhile, rumors began to swirl on social networking services in the South that the land mines were in fact South Korean and that the incident was fabricated by the South Korean government.

In Korea, whenever big news hits, it is closely followed by a flood of conspiracy theories. And the behind-the-scenes culprit - the person, group or organization that is trying to cover something up - is almost always the government.

On March 23, local online news agency Dispatch ran an exclusive report that Korean Wave heartthrob Lee Min-ho and Suzy, a member of the girl group Miss A, are dating. Such a revelation about two A-list entertainers would no doubt be the talk of the town that day. However, on the same day, some netizens claimed that news of former President Lee Myung-bak engaging in alleged corruption was “totally buried.” Lee was accused of allegedly giving illegal privileges to 29 companies by providing cheaper loans worth about 280 billion won during his presidency.

“I have to say, he’s one lucky man,” a blogger called Nabio sarcastically wrote on his blog Coolmoo.net. “What a coincidence, having the romantic scandal between the two hottest stars of our time and Lee Myung-bak’s corruption scandal breaking on the same day. Whether it’s a coincidence or a conspiracy theory, Lee is indeed a lucky man. ... He was able to avoid the shame thanks to the romance scandal plastered all over the Internet.” 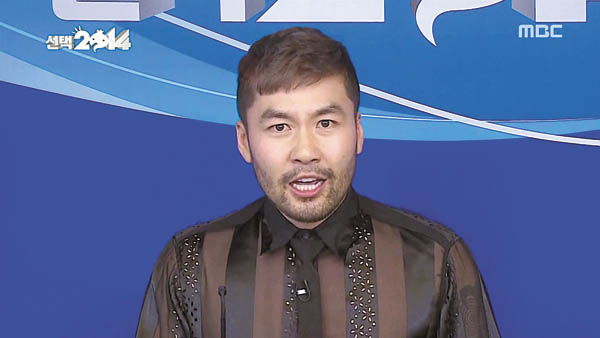 When entertainer Noh Hong-chul was caught drunk driving, some believed he was set up.

This was hardly the first rumor involving the former president and celebrity news. Conspiracy theories related to his administration have long been a feature of the left-leaning fringes of the Korean political scene.

One major case involved the headline-grabbing news of April 21, 2011. On that day, legendary rocker Seo Taiji’s secret marriage to top actress E Jiah - and their divorce - shocked the nation. Nobody, not even their close friends, knew of their 14-year marriage until local media outlet SportsSeoul got the scoop while the two were involved in a divorce lawsuit. While entertainment reporters were busy trying to track down what really happened, other news emerged.

On the same day, the Seoul High Court acquitted SisaIN, a weekly magazine, on charges of publishing defaming information about a Seoul mayoral candidate and political rival of Lee.

Those who were not fond of the former president theorized that the hot celebrity news breaking on the same day as political news the government wanted to bury was not coincidental, or surprising. 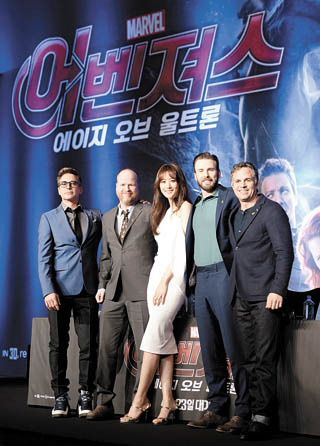 Even the timing of “The Avengers” cast visit to Seoul was the subject of a conspiracy theory.

Due to this trend in online discourse, talk of conspiracy theories seems to always follow big celebrity news, to the extent that some accuse the Dispatch, one of the most active celebrity media outlets that often breaks news on big scandals, of being an affiliate of the National Intelligence Service (NIS).

Reporters for such media outlets, however, deny such accusations, saying that they wouldn’t sacrifice a scoop for political reasons.

Another case in which the media was accused of collaborating with the government to downplay political news was the romance between A-list actors Won Bin and Lee Na-young. When the news broke in July 2013, famed novelist Lee Oi-soo posted on his Twitter account, “Whenever there’s a celebrity scandal, I wonder what the government is trying to cover up.” At the time, protesters were holding candlelit vigils in central Seoul over alleged meddling by the NIS in the 2012 presidential election. 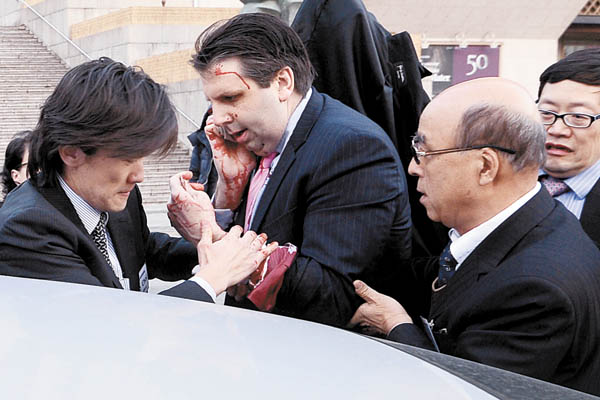 Some believe the knife attack against U.S. Ambassador Mark Lippert was staged. [NEWSIS]

But Dispatch reporters said their only consideration for when to release the news was timing. According to reporters who worked on the story, they wanted to publish the story before summer vacation began and on a Wednesday to maximize attention.

“Celebrity news happens like a natural disaster,” a reporter identified as “A” told the Korea JoongAng Daily. “Speed and timing are important, and it’s impossible to set up the date as some claim. ... There’s no time to wait and match [the timing with other events] or anything like that.”

However, entertainment reporters say that celebrity-related announcements from government agencies, such as the results of legal investigations involving drugs or other illegal activities by the stars, could in fact be used as cover-ups.

“This is just a suspicion, but since an investigation agency decides when to announce the result of the investigation of a case involving a celebrity, they could set it up to coincide with other news they want to cover up a little,” said reporter A.

Indeed, on March 21, 2013, the Public Prosecutors’ Office summoned comedian Kim Yong-man for investigation of his alleged illegal gambling. On the same day, Kim Hak-eui, then vice minister of the Ministry of Justice, was implicated in a sex-for-influence scandal. When he was acquitted, a list of celebrities involved in illegal gambling was revealed.

But sometimes, the online rumors spiral out of control.

Last November, there was a case of drunk driving involving “Infinite Challenge” star Noh Hong-chul. It seemed like a mere piece of celebrity gossip, but the news was unexpectedly embroiled in conspiracy theory speculations as the public began to wonder how the Dispatch, which broke the story exclusively, could have gotten the news so fast unless it was a set-up.

Such talk escalated to people spreading rumors that Noh had received a phone call from someone telling him to move his illegally parked car, and when he stepped outside to do so, he was busted immediately. This turned out to be false.

Some people who claimed that Noh was set up even said that the government got involved because it doesn’t like “Infinite Challenge,” an influential entertainment program that sometimes addresses political issues.

Non-Koreans are not exempt from suspicions of plotting cover-ups, especially when they are Americans.

When it was announced that Captain America and his superhero posse would be visiting Seoul on April 16 this year to promote the new film “The Avengers: Age of Ultron,” a conspiracy theory quickly sprang up accusing the Korean government of purposely staging the event on the anniversary of the Sewol ferry disaster in order to distract public attention.

Many expressed their doubts in online forums, questioning why the stars would show up on April 16 for a film that was being released on April 23.

Another recent case involves the knife attack against U.S. Ambassador Mark Lippert in March. The bloody photographs of the ambassador walking out of the Sejong Center for the Performing Arts in central Seoul after the attack shocked the public. However, in some parts of the Internet, some alleged the incident was fabricated by the Park Geun-hye administration and Lippert for political gain.

On the Facebook page of a left-leaning religious group, various pieces of evidence to support the claims were posted based on the photographs published after the knife attack. These included claims that Saenuri Rep. Chang Yoon-seok, who suppressed the attacker, Kim Ki-jong, looked too natural and almost rehearsed, that there was too much blood for the size of the ambassador’s wound, and that while the media initially reported the weapon was a razor blade, they later changed it to a knife because a razor blade attack would have been too similar to that suffered by President Park Geun-hye years ago.

Other netizens wondered why the CCTV footage of the incident wasn’t being released, and some even went as far as to claim that in the photos showing Lippert holding a hand to his cheek, he is in fact holding up a packet of fake blood.

But whatever their arguments, the conspiracy theorists agreed that since the Park Geun-hye administration’s approval rating went up after the attack, it was clearly behind the event.

Conspiracy theories are not a recent phenomenon and are certainly not unique to Korea. According to a poll conducted by Scripps Howard in 2006, 36 percent of Americans believed it was “somewhat likely” or “very likely” that the government assisted in the Sept. 11, 2001, attacks or took no action to stop them because they wanted the United States to go to war in the Middle East.

Why do people believe in conspiracy theories?

Cass Sunstein, author of the book “Conspiracy Theories and Other Dangerous Ideas” and the Robert Walmsley university professor at Harvard Law School, as well as a former administrator of the White House Office of Information and Regulatory Affairs, said in an email interview with the JoongAng Ilbo in April that he was shocked at first to find that those who believe in absurd conspiracy theories are mostly sane, ordinary people.

Sunstein also wrote in a Jan. 4 column in The New York Times that conspiracy theories are not only products of human nature but also of social conditions.

“Horrible events - economic collapse, an assassination, a grievous loss of some kind - can make people who are scared and angry look for someone to blame, not least to assert a kind of mastery of the circumstances,” he wrote. “The human mind is drawn to think that whenever something bad has happened, it is because someone bad wanted it to happen.”