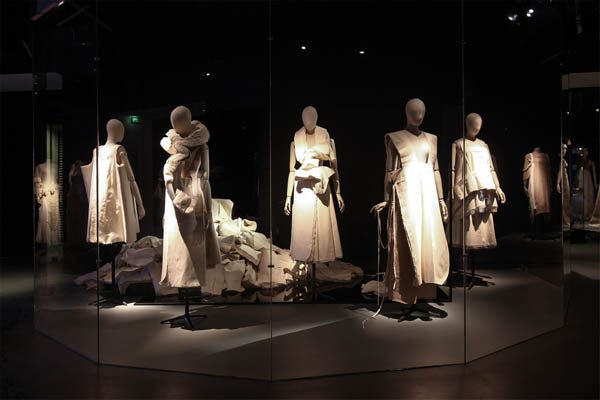 Twenty-four Korean designers are showcasing about 270 pieces of traditional and modern clothing at the Musee des Arts Decoratifs in Paris until Jan. 3, 2016. The show is part of the “Korea Now! Craft, Design, Fashion and Graphic Design in Korea” exhibition, which is intended to celebrate the 130th anniversary of diplomatic relations between Korea and France. Shown above are works by designer Jin Te-ok. Provided by the Ministry of Culture, Sports and Tourism