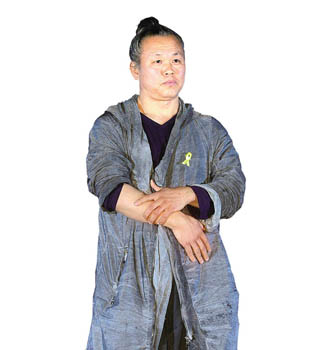 Award-winning filmmaker Kim Ki-duk is expanding into the Chinese film market with plans to direct a local period film.

In a press conference on Wednesday in Beijing, Kim shared detailed plans for his upcoming project.

“I want to make a secretive story about time and space,” the 55-year-old director said. “It took about 10 years to complete the screenplay.”

Staff members from a local Chinese film production company who were present at the media event hinted at the possibility of Kim directing and starring in the film.

Kim also added that he has been inspired a lot by young Chinese filmmakers like Jia Zhangke and Lou Ye.

When asked which actresses he wishes to work with, he said, “I came up with actresses like Gong Li and Zhang Ziyi.”

Kim has won numerous awards at international film festivals. Most recently, Kim received the Golden Lion prize for “Pieta” at the Venice International Film Festival in 2012, but his philosophical art-house films have not garnered much attention from local moviegoers.