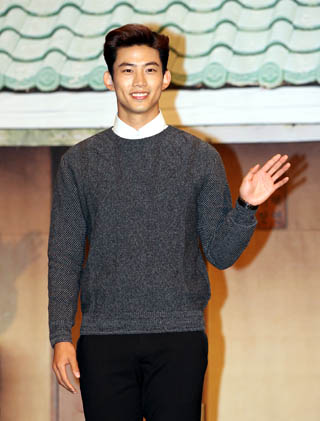 Taecyeon from K-pop boy group 2PM has spoken out about reports of manipulation of online music charts that is believed to be conducted by some local entertainment agencies.

Recently, JTBC reported on systematic manipulation of online music charts. According to the report, some entertainment agencies work with brokers in China.

The brokers have hundreds and thousands of accounts at major online music portals, and they use the accounts whenever new music is released and distributed to make certain songs rank higher.

When the report was released, YG Entertainment, which is one of the three biggest agencies along with JYP and SM Entertainment, released a statement saying that it “welcomes the report and hopes such reports eradicate rampant online music manipulation.”

Taecyeon debuted on the music scene in 2008 as a member of 2PM and has been working as an actor as well. He recently finished the drama series “Assembly” and reality TV show “Three Meals a Day.”