The man who could have stopped Park’s killing

The man who could have stopped Park’s killing 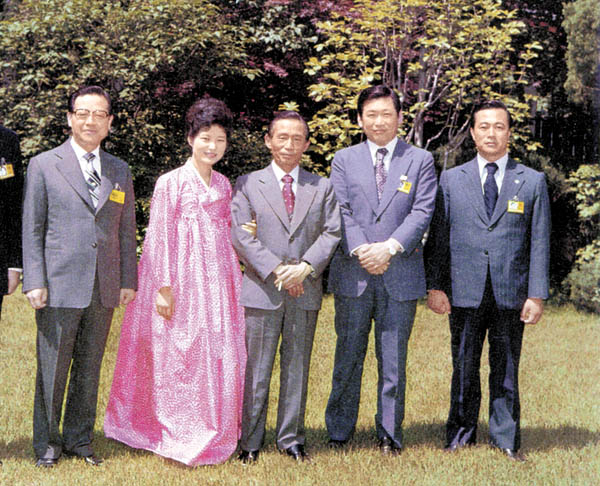 Hypothetical assumptions are meaningless in history, but I still wonder how it would have been if First Lady Yuk Young-soo was not assassinated. President Park Chung Hee could have still made wise decisions.

I think it would have been better if Park kept Chief Presidential Secretary Kim Chung-yum by his side. He resigned in December 1978, after assisting Park for nine years and three months.

Park trusted Kim Chung-yum so much that Cha and Kim Jae-gyu could not exceed their authority -- reporting directly to the president, for example. Discipline in the inner circle was lost when Kim Gye-won was appointed chief presidential secretary. He failed to control Cha and Kim Jae-gyu, which resulted in a competition between them to win Park’s confidence.

Kim Chung-yum was 21 years old on Aug. 6, 1945. A graduate of the Japanese Army Academy, he was then stationed on a base only two kilometers (1.24 mile) from the epicenter of the nuclear bombing of Hiroshima. He survived the attack.

He suffered from aftereffects of the bombing, such as hair loss and gum necrosis, but he overcame those symptoms and began working at the Bank of Korea.

In 1961, I founded the KCIA to support the May 16 revolution [coup]. I brought the brightest minds in the government and academic circles to a KCIA think tank called the Policy Research Office.

Someone suggested that Kim Chung-yum could provide a blueprint for the military regime’s economic policies. Kim was known for his ability to manage foreign exchange as he served as the chief of the financial management bureau under the Finance Ministry. I called the governor of the Bank of Korea to request him to be sent to the think tank. We got to know each other.

I took a closer look at how Kim operated when the government was secretly promoting currency reform in May 1962. The plan was only shared among Park, who was the chairman of the Supreme Council for National Reconstruction, Yu Won-sik, a member of the Supreme Court, and Finance Minister Chun Byeong-gyu.

The currency reform was planned for about a year to mobilize domestic funds but it failed in the end because the United States refused to cooperate. Since then, the country’s macro-economic policy was diverted toward modernization of the country by obtaining foreign currency and opening the market.

On May 17, 1962, the KCIA had the job of transporting new banknotes from the Busan Port. I took a plane from the U.S. military base in Yongsan, central Seoul, with Kim, who was an action office of currency reform. Soldiers unloaded the banknotes from the ship in Busan and seven to eight captains kept people away from the place.

I was impressed by Kim after working with him day and night for two days. He was a diligent man and President Park later appointed him lead positions in the finance and commerce ministries. Kim contributed to the country’s rapid development by establishing the National Tax Service, promoting exports and building the Pohang Iron and Steel Company and Ulsan Petrochemical Industrial Complex.

Kim Chung-yum was not a person who generated issues to win the president’s confidence, and he was the typical secretary who supports the president like a shadow. Kim serve for long because Park considered him diligent and not greedy.

He focused on the operation of the Blue House, inspecting economic policies and adjusting tasks of government offices. He did not go near politics or power issues. When I served as prime minister from 1971 to 1975, we used to meet two to four times a week. I remember he was a man who sets lines for himself and never crossed them.

That’s why I was embarrassed when Kim mentioned that Park thought of me as his successor. In memoirs published in 1996, he wrote that Park once said that in 1978, when he was elected president for the second time under the Yushin Constitution, “According to the Yushin Constitution, if I die earlier than my tenure, the prime minister is supposed to serve by proxy. And he will naturally become the [presidential] candidate of the Democratic Republican Party [DRP] in the next presidential election. I think I should appoint Kim Jong-pil as prime minister again.”

Some of Park’s aides insisted that I was going to become the president after Park.

However, Park never told me that he thought of me as his successor. As far as I know, he was not the kind of person who would give his power to another person.

He wasn’t that obsessed with power until the mid-1960s. He would say he would go back to the military after accomplishing the goals of the May 16 revolution.

After he learned the nature of power in the late 1960s, he tried to keep it to himself.

The nature of power is that it can’t be shared even between a father and a son. Park always kept me in check and I tried to run away from the inner circle, though he didn’t allow me. From the time we staged the revolution and I retired from politics, I have never dreamed of becoming a president or the most powerful person, though I probably had chances in the past.

I was not obsessed with the idea, and that’s the reason I’m still alive. I’m just happy that I designed the revolution and supported President Park to save the country from extreme poverty.

About what Kim wrote in his memoirs, I did not hear about it nor believe it. But I believe he did not make it up. Then why would Park say that? He probably wanted to let people know that he was not that obsessed with power. Or he may have thought that he had to let his chief secretary know what to do in case he passed away. I believe Park couldn’t easily tell me that.

But when he actually passed away, Kim wasn’t his chief secretary any more. The inner circle is very complicated and a lot of things happen inside.

When the tension between two Koreas escalated in the 1970s, Park once told me, “I will keep protecting the country from the national security crisis and I will complete modernization of the country. You are the person who mentioned modernization, right?”

“What are you talking about?” I asked.

“There are limits to the time available and the tasks that I can do,” he said. “I’m just doing what I can do and I want nothing else.”

But he stopped there. That is why I believe he was not truly talking about his successor but was merely trying to tell people he was not greedy for power.

Kim resigned after the DRP lost the general election to the New Democratic Party by 1.1 percent point. Most of the reasons for the loss were economic, including rapid inflation and huge resistance from businessmen to a new value added tax. Kim, who was in charge of most economic policies, became a scapegoat.

The 1.1 percent loss was not a big deal, but KCIA Director Kim Jae-gyu and Chief Presidential Security Officer Cha described it as a huge problem to the president, claiming that Kim Chung-yum should step down.

Kim was a person who knew when to step back. He resigned without hesitation. And that is how Kim Jae-gyu and Cha began to openly compete for power.