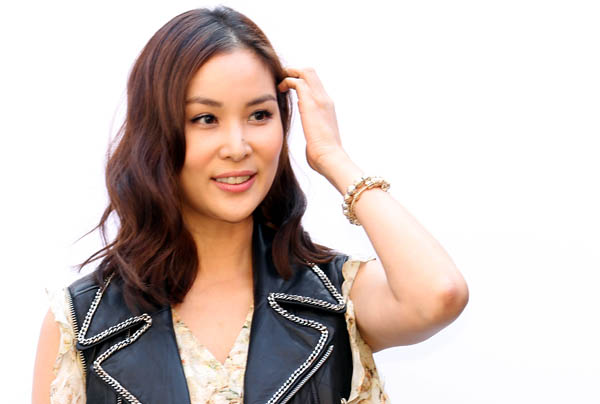 Actress Ko So-young canceled an endorsement deal on Friday with the J Trust Group, a Japan-based financial group.
The 43-year-old actress immediately came under fire for promoting the business on Wednesday after her TV commercial aired, particularly because the group is known to give out private loans with interests rates as high as 40 percent.
Critics claimed it was inappropriate for Ko to promote a loan-sharking business as a public figure.
“I told the company to cancel the endorsement deal and the company accepted my decision,” she responded in a press release.
“Since the main concept of the TV commercial focused on the growth of the company, I thought it would be OK,” she added.
Ko started her career in 1992, and has taken a break from acting since 2007. However, over the years, she has appeared in a number of television commercials.
The actress wed actor Jang Dong-gun in 2010 and has two children with him.
The pair is often referred to as Korea’s answer to “Brangelina,” the portmanteau referring to Hollywood power couple Brad Pitt and Angelina Jolie.
Ko is reportedly reviewing a couple of scripts in preparation to return to the silver screen sometime next year.
By Sung So-young