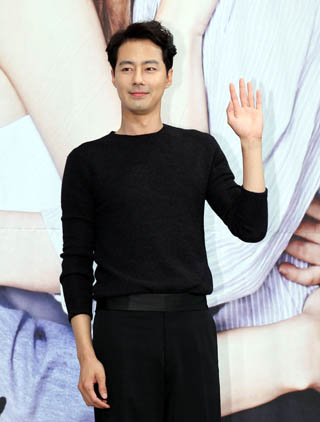 Actor Zo In-sung had an unwanted guest in the wee hours of Wednesday morning.

According to an exclusive report by YTN, a local 24-hour news channel, a Chinese fan of Zo trespassed into the actor’s house located in Bangyi-dong, Songpa District, southeastern Seoul, at around 12:20 a.m.

The Chinese fan reportedly yelled at Zo’s house from the front yard for several minutes, and when the door was opened, the fan barged into the house and refused to leave the property.

The fan was soon caught by police.

YTN reported that the 33-year-old actor was in the house with his brother.

Meanwhile, the Chinese fan reportedly told police that Zo’s family tried to drag her out of the house and that she suffered some bruises on her arms while wrestling with Zo’s family.

Having started out his career as a fashion model in 1998, Zo has been pursuing an acting career. Of his many hits, his most recent drama series, “It’s Okay, That’s Love” (2014), brought him numerous awards.

In the series, he acted out the role of a bestselling author suffering from schizophrenia after being traumatized by his violent father.

By playing the multi-faceted character, the actor received the top honor from the Daejeon Drama Awards last December.

Zo is currently taking time off and was recently the subject of rumors that he was in a romantic relationship with actress Ko Hyun-jung because a photo of the two together at an airport in Japan was publicized online.

The two denied the rumor, saying they were close friends and just met on their way home from their separate trips to Japan.