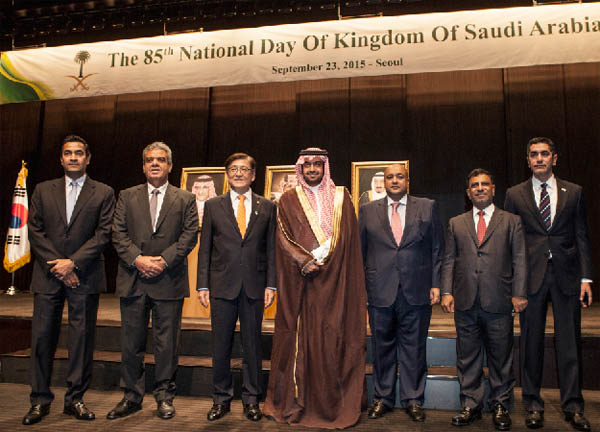 Fahad Al-Mutairi, fourth from left, the Charge d’Affaires of the Saudi Arabian Embassy in Korea, celebrates the 85th anniversary of the National Day of the Kingdom of Saudi Arabia on Wednesday with guests, including Health and Welfare Minister Chung Chin-youb, third from left, at Hotel Shilla in central Seoul. By Park Sang-moon