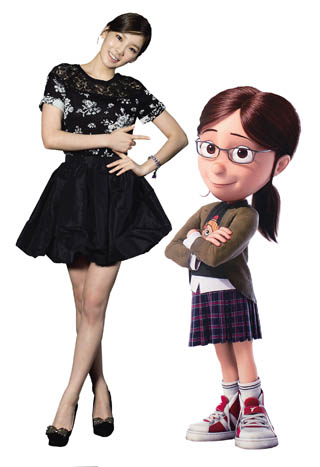 Taeyeon of Girls’ Generation will release her first solo album on Oct. 7.

SM Entertainment, the singer’s agency, said on Wednesday that all the tracks of the 26-year-old singer’s upcoming EP, titled “I,” will be released through major music portals.

She has been performing as part of Girls’ Generation since her debut in 2007 and joined Taetiseo, a sub-group within the all-female act, in 2012, but this is the first time the vocalist is releasing her own album, though she has performed songs for the original soundtracks of a couple of TV drama series.

Some of her hits include “If” and “Can You Hear Me,” which were much loved by drama fans because of her appealing voice.

SM Entertainment added that Taeyeon will hold solo concerts between Oct. 23 and Nov. 1 at COEX Artium in Samseong-dong, southern Seoul.