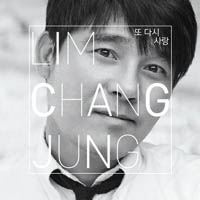 Multitalented singer Lim Chang Jung has expansive musical, theatrical and film careers. In music, Lim has dabbled in various genres since his debut in 1990. His 2013 hit, “Open the Door,” proved that he is well-versed in electronic and pop. The hilarious music video is reminiscent of Psy’s “Gangnam Style” and “Gentleman.”

And yet, his latest mini album reminds listeners that, at his core, Lim is truly a talented, powerful and soulful ballad singer. In tune with the melancholy that often accompanies fall, “Love Again” features a collection of raw, poignant songs that bring out the vulnerable yet beautiful side of Lim.

The first three tracks are more wistful and represent one’s emotional state right after a break-up. The second track, “Dreaming of You,” features only vocals and piano. This simplest composition renders the most powerful effect.

While the remaining tracks are more upbeat and positive, they do not yield the same level of impact. The first three tracks - “Love Again,” “To Miss,” “Dreaming of You” - are far more likely to stay in the listener’s ears and hearts. By Yoon Hay-sung