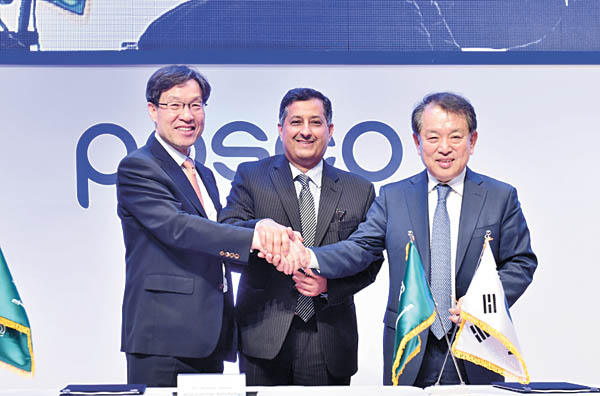 The Saudi government has been taking action in response to rapid changes in the energy industry. At the forefront of this movement stands PIF, who heads investments in indirect capital and industrial infrastructure under the initiative to strengthen Saudi Arabia’s manufacturing sector.

For Posco E&C, PIF’s investment will have two positive effects: enhanced financial stability and the creation of a more transparent management structure. For the last three years, Posco E&C has lowered its debt ratio. With the capital inflow from PIF, Posco E&C is expected to see improvements in its financial structure along with an upgrade to its credit rating. Moreover, PIF will appoint two board members to Posco E&C, enhancing the transparency of the company’s management system.

The two companies will found a joint venture to place orders for future construction planned by the Saudi government in railways, hotels and other buildings.

The project will be a win-win for both sides. For Posco E&C, the project will provide profitability and stability, whereas for PIF, Posco E&C’s techniques will help improve its competence among domestic competitors in the construction sector.