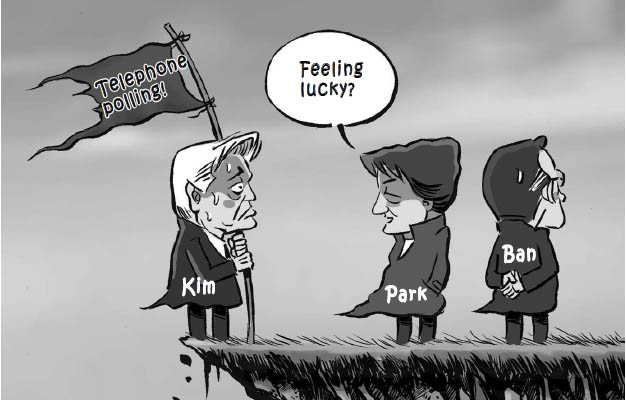 After the Blue House attacked ruling Saenuri Party Chairman Kim Moo-sung’s idea of nominating candidates for next April’s general election through telephone polling, Kim’s leadership faces a crisis. Kim is a frontrunner among potential presidential candidates, despite the widespread rumor that President Park Geun-hye has UN Secretary General Ban Ki-moon in mind as a presidential candidate for the ruling party.