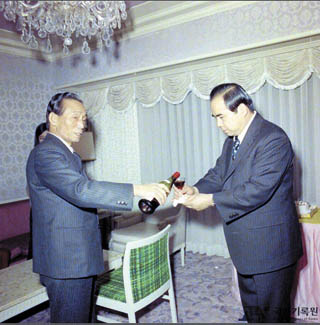 In 1978, the presidential security office led by Chief Presidential Security Officer Cha Ji-cheol was out of control, going to extremes in the name of protecting President Park Chung Hee.

One such symbolic activity was the midnight tank patrols. Cha used to mobilize a company of tanks from the Capital Garrison Command that would drive around the Blue House from 1 to 3 a.m., when most people were sleeping. It was so noisy some residents would even wake up in the middle of the night, worried that war had broken out.

When questioned, Cha would simply state: “It’s to publicly show that those who interrupt the president will be punished if they’re caught.” 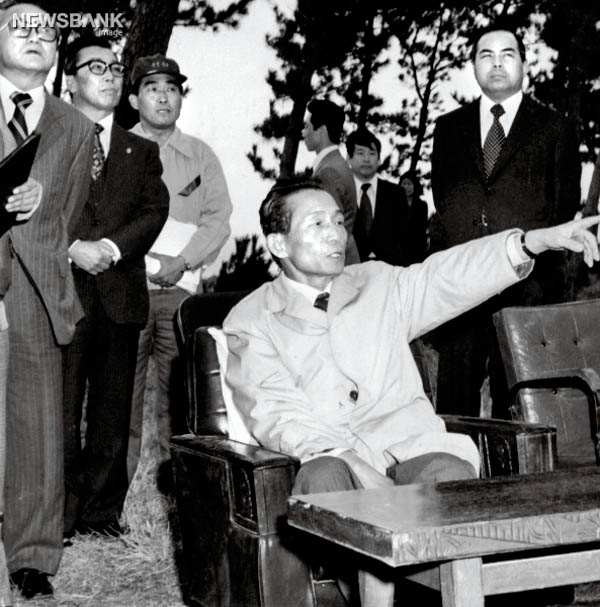 I believe he had two motives for this. He wanted to let Park know that he was the only person who could take care of him, and to let the people know that he held that position.

Park must have heard of the tanks patrolling around the Blue Hose. Cha would have halted the plan if Park had stopped him, but he never did. I think the president was even proud of it. And Cha kept at it at Park’s approval.

I never met Cha separately. When I saw him at the Blue House, I would just say, “Take good care of the president.”

But after I heard about the tank patrol, I scolded him. “You’ve done something you shouldn’t have.”

But he replied confidently, “It has to be that intimidating. Mr. President allowed it.”

I was embarrassed, but I couldn’t say anymore because Park had allowed it. And as the president got more and more powerful, the more tyrannical the security office became.

With Park behind him, Cha openly intervened in the politics. He operated an unofficial intelligence institute that performed background checks on politicians, and even tried to control political parties and the National Assembly by placing his aides in the Yushin Jeongwuhoi, a quasi-political party under the Yushin Constitution, and the Democratic Republic Party (DRP). Some even said the DRP was in Cha’s hand.

“I’m the chief presidential secretary, but I just do trivial things,” Kim Gye-won even admitted to me one day.

From what he said, Cha would go inside the president’s office at 8 a.m. and stay until 11 a.m. Because he spent the entire morning with Park, no one, including Kim and the other ministers, could meet the president during those hours. Most would come to his office, but then come back without having actually seen him.

This protocol went against the Blue House’s long-lasting tradition, in which the chief presidential secretary reports to the president first, and then the chief security officer.

“I don’t think Cha has that much to say to the president, so I don’t know why they are together for so long,” Kim said.

I wasn’t there when they talked, but I think the president probably directed Cha to get involved in politics.

I can imagine Park saying, “Our Korean Central Intelligence Agency [KCIA] director, Kim Jae-gyu, isn’t good at his job, so why don’t you just do it?” and Cha answering, “Of course, I can surely do it.”

He was good at telling Park what he wanted to hear.

And it wasn’t only the opposition parties, but the government and the ruling party who complained about Cha. Kim, the KCIA director, was one of them. He and Cha competed to win Park’s confidence.

When the president began to trust Cha more than Kim, Kim would threaten, “I’m going to do something to Cha.”

Chief Presidential Secretary Kim Gye-won also didn’t like Cha. He previously served as a four-star general and was a mild person, and after serving as the KCIA director and then the Korean ambassador to Taiwan, he was appointed chief presidential secretary in December 1978. Park liked his mild nature.

But Park saw Kim as a person for chatting, and Kim never could fully adapt to the power circle.

Kim couldn’t control Cha and Kim Jae-gyu. But if anything, he agreed with Kim Jae-gyu, who hated Cha. But those three around Park were like the three roles in the play called, “The Assassination of Park Chung Hee.”

I never understood why Park kept the people he should have stayed away from around him, while keeping out those who could properly assist him. It was beginning of his end.

Some believe Park loved Cha because Cha used to provide political funds, but that’s not true. He didn’t have a reason to give his money away.

Political funds were usually accrued from the business circle. Kim Gye-won would ask for cooperation from business owners or businessmen who sometimes visited the Blue House with money.

Park didn’t see them personally. Every time someone brought in monetary gifts, Park called in Kim Gye-won and made him store it in his keep. If he needed money, he ordered Kim to bring it. It was one of Park’s strengths that he was never greedy for his personal gain.

I have my own philosophy: “Whether a person lives or dies is Providence.”

I’m not afraid of dying because I believe my life was a bonus following the May 16 revolution in 1961.

A close Japanese businessman Masao Kubo once visited me in 1979. He said he saw Park playing golf when he went to the New Korea Golf Club in Goyang, Gyeonggi.

“I probably shouldn’t say this, but I see President Park’s end,” he said.

Kubo said there were bodyguards every 50 meters (164 feet) along the way into the club, and other bodyguards were crouched here and there on the range with their heads sticking out of the bushes.

“I thought of Indonesian President Sukarno,” he said, “to see Park so worried about being assassinated.”

Kubo personally knew Sukarno as well. He even introduced Sukarno’s third wife to him. According to Kubo, Sukarno went everywhere with bodyguards as the army commander, Suharto, expanded his influence. People even knew which women Sukarno was dating because of his bodyguards.

Not so long after, Suharto ousted Sukarno.

“Are there any bands or gangs that are aiming to getting rid of President Park?” Kubo asked me.

“There isn’t. It’s the security office that did it,” I said.

“That isn’t how it used to be, and I have a very bad hunch about it,” he responded.

It was a prophecy.

Later, Park was assassinated on Oct. 26, 1979. Thorough protection had indeed been useless, because the enemy was already inside.