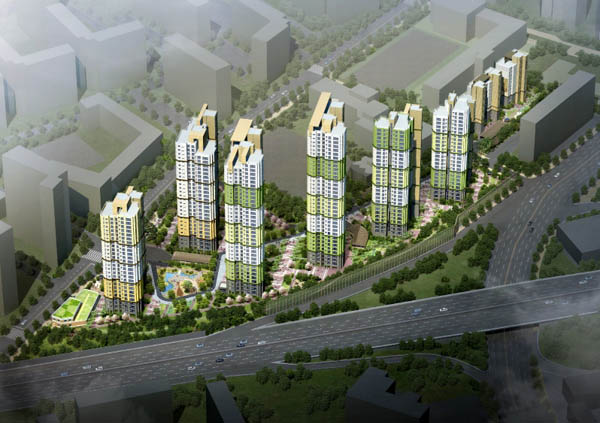 Apartment pre-sales are expected to increase this month ahead of the busy fall moving season.

According to Real Today, a property information provider, about 108,000 apartment units are expected to enter the pre-sale market, where properties are sold before they are constructed. This is the biggest volume since the company started collecting data in 2010.

Some 6,323 units are expected to hit the market in Seoul, with a total of 63,000 units coming into the pre-sale market near the metropolitan area. In other regions, 45,000 apartment units are being released.

The heavy volume this month is driven by construction companies that are hurrying to profit from the new rally in the real estate pre-sale market. Lately, consumers are flocking to the market, spurred by a spike in rental prices and low interest rates.

For instance, in recent pre-sales of Daelim Industrial brand apartments being built in Geumho-dong, northern Seoul, an average of 26 people sought to buy each unit.

“We are seeing buyers with a real need for a family home and investors entering the pre-sale market simultaneously,” said Jung Yeon-sik, an executive at Inex Housing, a pre-sale service firm.

In the Gangnam area in particular, brand name apartments are plentiful due to massive reconstruction projects in old apartments. In Banpo-dong, Daewoo E&C is building Banpo Central Summit Prugio, a reconstruction of Samho Garden 4.

In Garak-dong, southeastern Seoul, Hyundai Development Songpa Heliocity, one of the biggest reconstruction projects in Songpa District, is on the
market.

In the metropolitan area, there are many public housing project apartments in Hangang New City in Gimpo, Seorabeol District in Pyeongtaek and Byeollae District in Namyangju.

In regions outside of metropolitan Seoul, pre-sale volumes are high in Busan, Ulsan and Daejeon.

“Reconstruction projects in Gangnam, and public housing projects in the metropolitan area will be hot as demand for these areas is generally high,” said Park Hap-soo, a vice head of the private banking center at Kookmin Bank’s Myeongdong branch.

Experts caution potential buyers interested in Gangnam reconstruction projects to ensure pre-sale prices are reasonable. Unlike the public housing project, there was no cap on pricing, and as the pre-sale market is heating up, so are their prices.

Daechi SK View in Daechi-dong, southern Seoul, went on the pre-sale market with a price tag of 39 million won ($33,000) per 3.3 square meters (35.5 square feet). This is 7 million won higher than Raemian Daechi Cheongsil that went on sale two years ago.

“Interested consumer should carefully assess the attractiveness of the area and pricing before signing up.”

In order to bid or sign up for commercial apartments, special bank books specifically for house purchases are required.