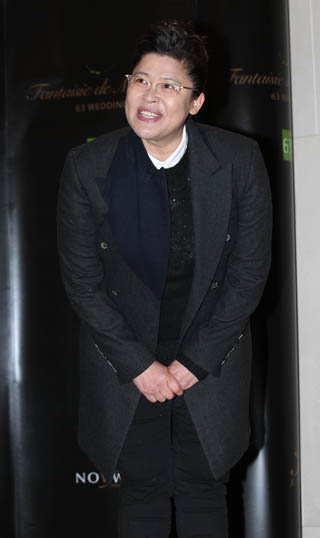 Comedian Lee Young-ja visited the tomb of the late actress Choi Jin-sil on Friday, marking the seventh anniversary of her death.

Local news outlets reported on Friday that Lee was the only celebrity friend of Choi who attended the memorial service held at a memorial park in Yangpyeong, Gyeonggi.

According to Star News, Lee thanked every visitor who took part in the service on behalf of Choi’s family.

Choi took her own life in 2008. Before her death, she was a top actress who had ruled the small screen for decades.

After debuting in 1988, Choi appeared in dozens of films and TV drama series, and she was much loved for her bubbly personality. She was often dubbed “everyone’s lover.”

But she was reportedly having a hard time after getting divorced in 2006 and suffering from insomnia around the time she committed suicide at her home.

Police found her handwritten notes saying she was tormented by malicious comments on the web.