After ‘Gangnam Style,’ Vancouverite wants to be Korean idol

After ‘Gangnam Style,’ Vancouverite wants to be Korean idol 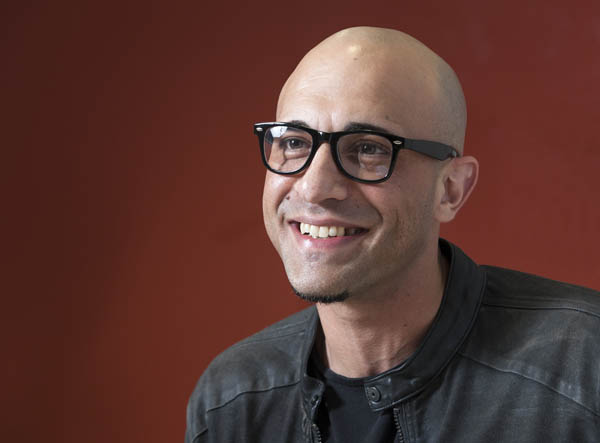 Vancouver-born singer Cha Sang-gu, who prefers to go by that stage name, is preparing for his debut in the Korean music industry. He sings his songs in Korean and wishes to share Korea’s “inspirational story” of national development with the rest of the world. By Park Sang-moon

When Vancouver-born Cha Sang-gu first tuned in to Psy’s “Gangnam Style” at the peak of its hype in 2012, he recalls being instantly drawn in to the sensational song, which later became the most “liked” music video on YouTube.

But unlike other fans, who found either the iconic horse-riding dance or the thudding beats most appealing, the 37-year-old - who previously worked with former TLC member Lisa Lopes and Collective Soul’s Ed Roland as a recording artist and songwriter - said he was mesmerized by the Korean language.

“The sounds couldn’t be made in English, and I became so obsessed that I started teaching myself Korean through YouTube that exact same night,” Cha said. “The next day, I signed up for a Korean 101 class at a local college.”

Cha briefly visited Seoul earlier this month to speak at a TEDx conference organized by the Canadian Embassy and is now laying the groundwork for his debut in the local music industry.

Before singing one of the eight Korean songs he plans to release in his debut album - the first time he ever sang for a Korean crowd - Cha sat down with the Korea JoongAng Daily to talk about his current projects.

The following is an edited excerpt of the interview:

Q. Where did you get your stage name?

A. It’s kind of similar to my real name. My Korean friend suggested it, and I think she said she had a dog named Sanggu. For me, it was a sign of commitment, like getting a tattoo or putting my flag on the moon and saying, “I’m here.”

I’d rather not share that, if possible. I’ve kept my [musical] life pretty separate [from my work life]. A lot of people think what I’m doing is weird. I have a day job, and I think my employees would feel a little bit weird about their boss wearing makeup every once in a while and singing in Korean. Very few people know [I’m pursuing a music career in Korea.]

So you haven’t left your job yet?

No, not yet. I don’t think that far because I don’t know what the outcome is going to be. For now, I’ve been able to sustain doing both, and if [my music career] becomes something that’s viable to make a living out of [I’ll likely leave my current job].

I heard it was your first time to Korea. Why didn’t you come earlier? What have you done here so far?

I arrived three days ago and had big, big plans. I wanted to tour the entire city, but instead did a lot of interviews and practiced for my performance [at TEDx]. [The reason why I didn’t come earlier is that] I didn’t want to come just for the sake of coming. I wanted to learn a lot more [before the trip] and use the visit as a way to expand my understanding of the country.

Have you tried any Korean food?

I almost always have gochujang [red pepper paste] in my pocket. I put it on almost everything - even Koreans are disgusted by what I put it on. I had nokdujeon [mung bean pancakes] today at Gwangjang Market, and it was really, really good. Kimchi pancake [jeon] was also good, too. I haven’t eaten any Korean food I haven’t liked yet, except for one time when I had a really rubbery pancake.

Let’s talk about the first time you heard “Gangnam Style.” What sounds from the Korean language intrigued you?

One of the key words that makes my stomach turn when I hear Westerners say it is “Hyundai” - they pronounce it as “handai” or “highendai,” when “hyun” is such a beautiful sound - just those letters put together. The word is so badly ruined.

Are you keeping up with your Korean studies?

I have a tutor and every Korean-language learning app [on my smartphone]. As for reading about Korean history, I go to the library and search for English textbooks; they’re hard to find, but I also made a network of Korean friends through which I socialize. I sit down for dinner and talk for hours with them, asking about people who lived in Gwangju during the May 18 Democratic Uprising in 1980 or their thoughts about former President Park Chung Hee. I get totally different answers, which shows that I shouldn’t stick with anything I read in one textbook.

Are you interested in Korean history? How will that influence your upcoming music career here?

I want to make music in Korea. I don’t think my target audience would be the same as those listening to Big Bang. I want to share Korea’s story with the rest of the world. The entire journey of Korea - from where it has been to how far it has come. I don’t think there’s a country in history that has been under so much attack. If you look at its past story, you would think the country would have been beaten up by now or become a third-world country. But it’s not. Korea is thriving now. I think it’s an inspirational story for everyone, to say, “You can survive” and “You can do anything.”