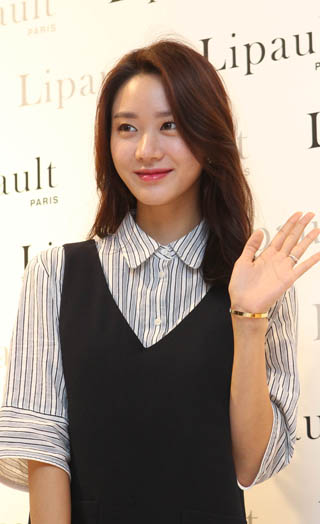 Actress Han Groo announced on Sunday that she will wed her boyfriend of one year in November.

The 23-year-old uploaded a post on her Instagram account on Sunday in which she wrote, “I woke up to a flood of calls and then realized a news article about my [upcoming] marriage had been published.”

Han said she was little embarrassed but decided to acknowledge it.

“I’m still young and my career is important to me, but I didn’t want to lose this person whom I believe is my destiny, and [so we chose to] get married.”

Han added that she will keep working even after the wedding.

Her future husband is reportedly nine years her senior; the wedding will be open only to family and close friends.

Han went public with her relationship in May, when she uploaded a series of pictures of her and her boyfriend.

She is currently appearing in a series of episodes of the popular reality TV show “Real Men,” in which female television celebrities experience the Army life.