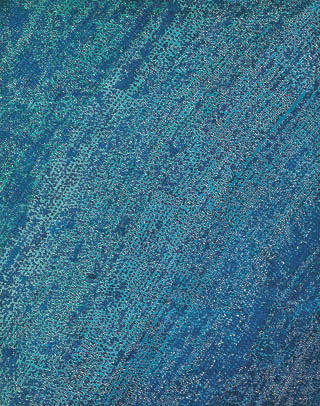 The abstract painting titled “19-VII-71 #209” by Kim Whanki (1913-74), one of the leaders of Korean modern art, has become the most expensive Korean artwork sold at auction ever. It fetched 31 million Hong Kong dollars (4 million dollar) in a sale by Seoul Auction in Hong Kong on Monday evening. Provided by the auction house

An abstract painting by Kim Whanki (1913-74), one of the leaders of Korean modern art, has become the most expensive Korean artwork ever sold at auction. The painting, titled “19-VII-71 #209,” fetched 31 million Hong Kong dollars ($4 million) in a sale by Seoul Auction in Hong Kong on Monday evening.

Other paintings by Kim, part of Korea’s first generation of abstract painters, and works by dansaekhwa artists, considered to be the country’s second-generation abstract painters, also performed well in Hong Kong on Sunday and Monday. Dansaekhwa refers to abstract paintings filled with minimal color and unusual textures. They were sold at much higher prices than estimates in sales by not only Seoul Auction and K Auction, Korea’s two leading auction houses, but also by the renowned Sotheby’s.

“It is a sign that the trade of Korean modern and contemporary art has begun to globalize in earnest,” said So Jin-su, president of the Art Market Research Institute and professor at Kangnam University.

Sotheby’s said in a press release that its sales of modern and contemporary Asian art in Hong Kong showed “increasing attention for Japanese and Korean contemporary artists.”

At the London-based auction house’s evening sale, which offered more prestigious works than its day sale, on Sunday, another painting by Kim and works by dansaekhwa painters Chung Sanghwa and Park Seobo were sold at prices 30 to 50 percent higher than the highest estimates. 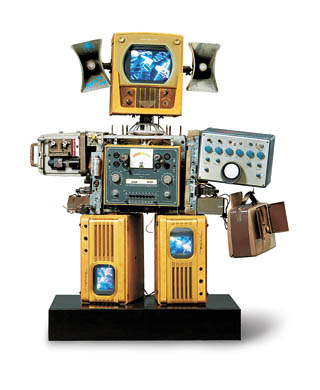 Nam June Paik’s “Saturnian” was sold at a higher price than the estimate at the K Auction Hong Kong sale. Provided by the auction house

Seoul Auction marked at impressive sell-through rate of 90 percent in the sale on Monday. The star of the sale, Kim’s “19-VII-71 #209,” is a 1971 oil-on-cotton work filled with numerous blue dots bordered in white on a blue background. This was the Kim’s signature style in his so-called New York period (1963-74), when he created his most important works.

The painting was bought by “an Asian collector who operates a museum,” the auction house said in a press release, setting the new record for Korean art at auction. The former record was set by Park Soo-keun’s “Washing Place,” which fetched 4.52 billion won ($3.87 million) at a Seoul sale by the same auction house in 2007. 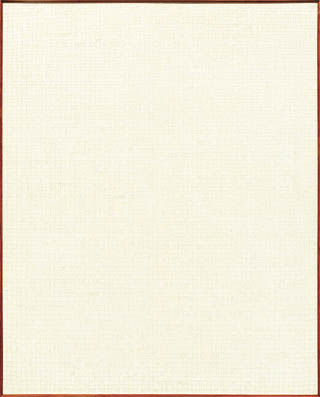 Works by other dansaekhwa artists including Park and Lee Ufan were also sold after heated competition, the auction house said in a press release.

“The hammer fell for 93 percent of the works we offered,” said the house’s auctioneer, Son Yeechun. “What is encouraging is that not only Korean abstract works but also the video sculpture ‘Saturnian’ by the video art founder Nam June Paik was sold at higher than estimates.”

“Local collectors have the limits on purchasing power,” said art market expert So. “It is a natural phenomenon that, after the local auction art market grew over the past decade, the weight of the overseas market for Korean artists grew.”