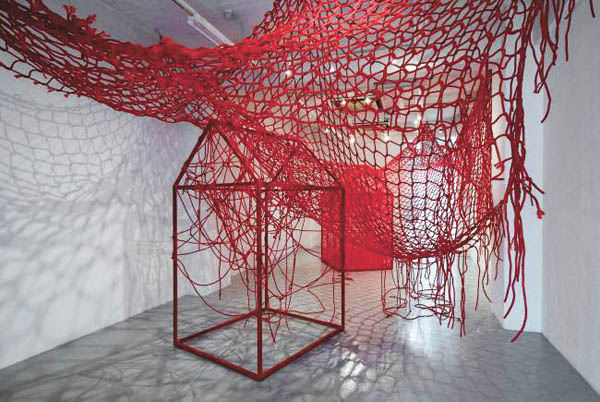 COEX Hall A & B, Gangnam District

To Sunday: Each year, the Korea International Art Fair, hosted by the Korea Galleries Association, chooses a guest country to honor and introduces its galleries and artists, while also inviting visitors and artists to enjoy Korea’s domestic art market and diverse contemporary art.

He was inspired in particular by Kim Jeong-hui, better known by his pen name Chusa, a Joseon-era scholar and master of seoye. So, this exhibition presents Chusa’s seoye pieces alongside Kim’s sculptures.


TREE, THE VIEW FROM THE TIME

To Oct. 25: Lee Gil-rae is this year’s recipient of the title Artist of the Year at the sixth annual Korean Association of Art Critics Award. 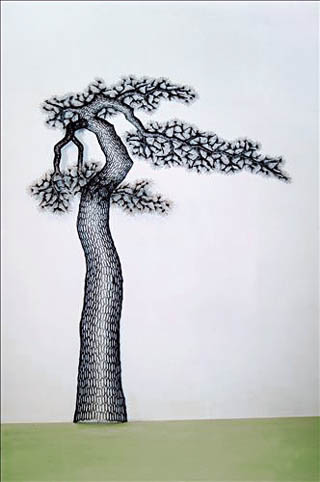 To celebrate, the Gyeum-jae Jeong-seon Museum is holding a solo show by the 54-year-old artist.

The exhibit consists of sculptural works constructed with copper that convey the contours of various trees, primarily pine. Such manipulation of the material lends an array of perspectives, perceptions and distortions.

Admission is 1,000 won. The museum is closed on Mondays. Go to Yangcheon Hyanggyo Station, line No. 9, exit 1, and walk for about 10 minutes. 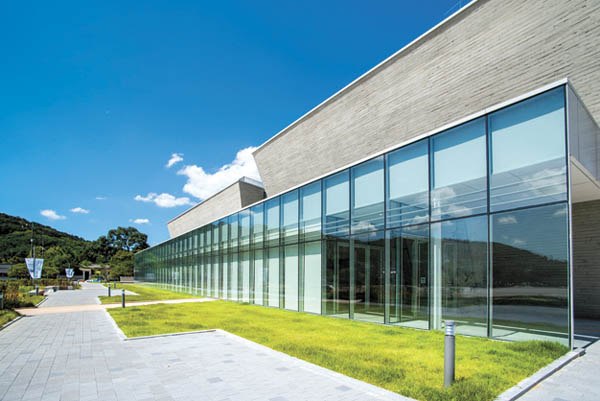 To Nov 22: Celebrating the opening of the Suwon I-Park Museum of Art, the exhibition “Now Us: Su Won” features works from over 110 domestic and foreign artists. True to the exhibition’s title, the wide range of works all serve to bring the artists and visitors together into a collective unit in order to reflect on the past, present and future.

Another theme explored in exhibition, well demonstrated by works artists Kim Haek-doo and Lee Gil-beum, is to communicate each other’s stories by depicting one’s valued objects representational of one’s personal narrative. Transcending time and space, it allows for empathy among artists, visitors, and citizens, solidifying the museum’s function as a facilitator for such interactions.

To Oct. 18: The solo show of Lee Seung-taek features his abstract works created with rope on canvas.

The works by Lee, a cross between two-dimensional drawings and three-dimensional sculptures, were created in the 1960s and ’70s but have seldom been shown to the public. It was because the artist, now 83, remained obscure until he gained recognition in the past few years. Now Lee is a hot artist internationally. He was invited to the Frieze London art fair’s “Sculpture Park” show for the second straight year.

Admission is free. The gallery is closed on Mondays. Go to exit No. 1 of Anguk station, line No. 3, and walk for 10 minutes.

The first section of the show is solely dedicated to flat bottles that are buncheong ceramics, which means grayish-blue ceramic covered in white glaze. This style was popular in the early Joseon period.

There is also a small section of the exhibit dedicated to black flat bottles.

To Nov. 29: The solo exhibition of Dutch artist Aernout Mik shows his four separate video installations that focus on borders and conflicts between countries, ideologies and others.

Among the works is “Ice Cream Hill” (2014-15). Commissioned by the REAL DMZ PROJECT and being shown for the first time at this exhibition, the film tells the story of tensions between the two Koreas on Sabseulbong Peak, located near the demilitarized zone in Cheorwon, Gangwon.

Admission is 3,000 won for adults. The art center is closed on Mondays.