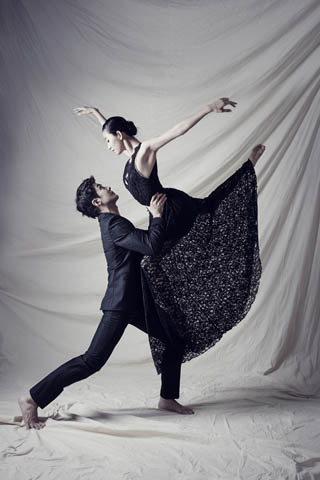 Friday to Sunday: Classic meets contemporary in this modern dance production called “Fugue: The Polyphony of the Bodies.” Inspired by baroque composer J. S. Bach’s “The Art of Fugue BMV 1080,” choreographer Jung Young-doo adds a whole new dimension of dance and style to polyphonic music. “Fugue” is a dance that has appealed composers and dancers with its simplicity, harmony and grace for centuries. Paying tribute to a classic dance form, the performance offers a unique look at the evolution of the music while adding its own flair to the movements. Prominent ballerinas have joined for this special performance, including Kim Ji-young and Um Jae-yong, principal dancers of the Korean National Ballet and Universal Ballet, respectively.

To Sunday: The original French tour of “Romeo and Juliet” is returning to Korea after six years. As one of the most popular French musicals, it won the Platinum Europe Award by selling more than 100 million DVDs and CDs of its premiere in Paris in 2001 and 2002. It was highly praised by Korean audiences when it visited Korea in 2007, and composer Gerard Presgurvic and choreographer Redha return to Korea with this story of hopeless love. The impressive music, romantic lyrics, dazzling choreography and unique characters all enhance the tragic love story.

First staged in 1996, “Quidam” presents a combination of acrobatic skills and traditional circus acts. It tells the story of a girl, Zoe, who uses creativity as an escape from her rather mundane world. As she delves deeper and deeper into her fantasized world, she encounters wild and free-spirited characters that encourage her to free her soul.