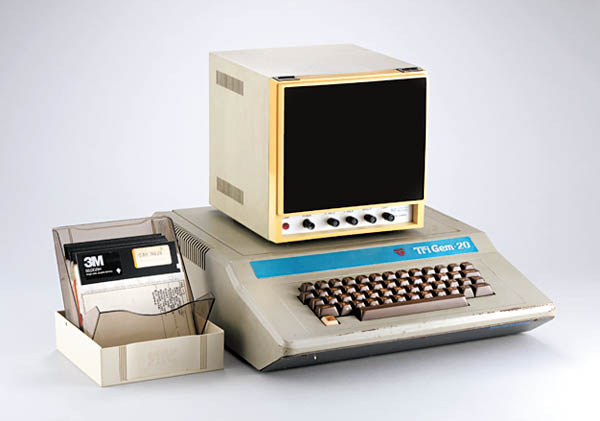 The Hangul Word Processor Version 1.0 developed in the 1980s by TriGem Computer. Provided by the organizer

Since when were we able to type hangul, the Korean alphabet, on computers? And how did that happen?

The National Hangeul Museum in Yongsan District, central Seoul, has prepared an exhibition that delves into these questions and the place of hangul - sometimes spelled hangeul - in the digital era. The show also comes as Korea celebrates Hangul Day on Friday.

Titled “A New Name in a Digital World, Code-Named Hangul: D55C AE00,” the exhibition displays about 200 items that show how hangul word processors, keyboards and computer fonts developed over the past three decades or so. (D55C AE00 is the Unicode for hangul.)

The young generation may find it hard to believe, but in the 1980s using hangul on most computers was impossible without separate hardware.

Only when software called Hangul Dokkaebi - also on display - was developed in 1989 could people easily use computers in hangul.